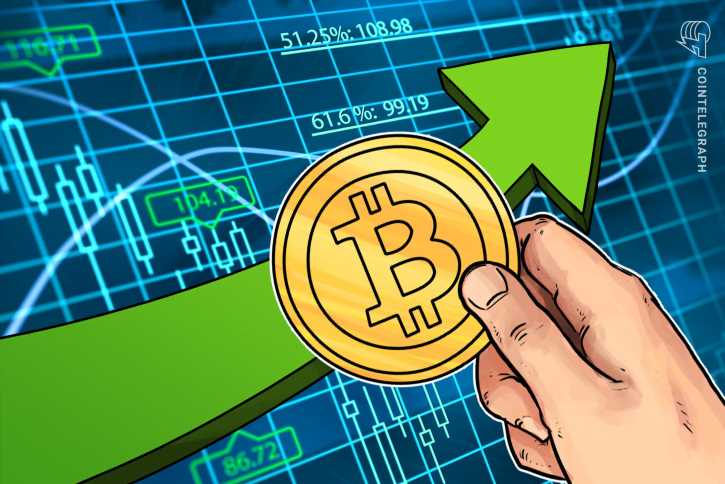 Coinbase has seen a large spike in buyer activity overnight as the price of Bitcoin (BTC) surpassed $32,500 on Jan. 2. Analysts say the trend was reminiscent of MicroStrategy’s Bitcoin accumulation, possibly fueled by institutional buy orders. As a result, BTC surpassed $31,000, reaching a new all-time high.

Coinbase buyers were the catalyst for the Bitcoin rally

In the last 48 hours, Coinbase has continuously seen a high premium compared to Binance. At one point, Bitcoin on the exchange was $100 more expensive than on Binance.

Prior to the rally, CryptoQuant CEO Ki Young Ju said that low Coinbase outflows posed a risk to Bitcoin’s rally. He said that outflows would have to increase for BTC to find new momentum, which it did. He said before the rally:

“We haven’t had significant Coinbase outflows since $23k, tokens transferred is decreasing, and the fund flow ratio for all exchanges is increasing. Still possible that institutional investors would join anytime soon, but we might face a correction if it continues like this.”

As Bitcoin neared $29,500, Coinbase outflows began to spike. Ki said that they are possible over-the-counter (OTC) deals, which are typically bullish for BTC and exemplifies a wider trend of dwindling BTC reserves on exchanges.

High-net-worth buyers use the OTC market to buy or sell large amounts of Bitcoin. Hence, when the signs of OTC deals emerged, Ki said this was positive for BTC. Merely two days after the outflows spiked, BTC surged past $30,000, reaching $31,400. Ki noted before BTC broke $30,000:

“12,063 $BTC just flowed out from #Coinbase. It went to multiple cold wallets. Possibly OTC deals. Breaking 30k is going to be tough, but institutions don’t care. They just buy it more.” 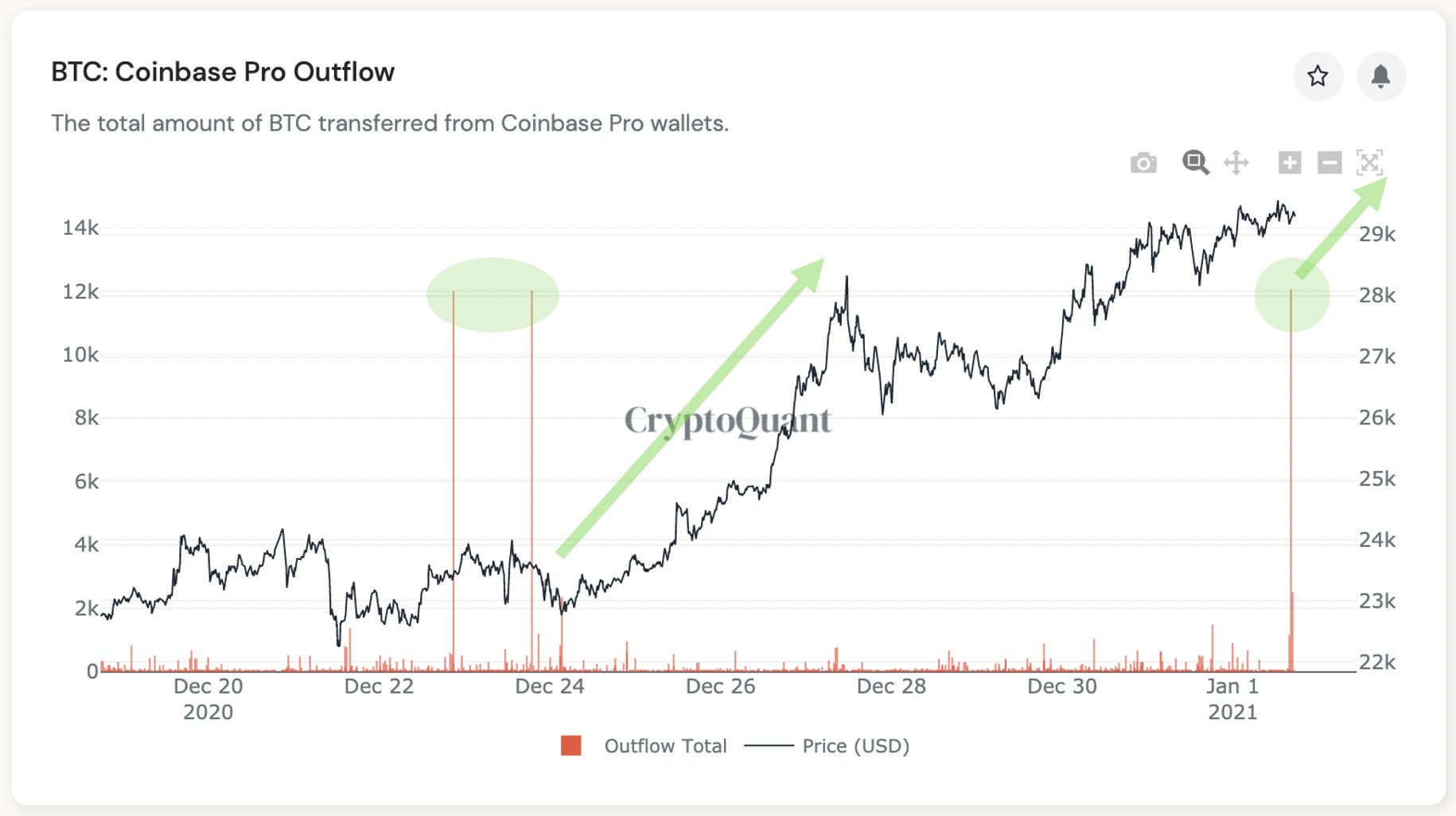 Why is BTC becoming so appealing?

According to Ashwath Balakrishnan, an analyst at Delphi Digital, Bitcoin became more compelling when it surpassed its all-time high.

When the price of Bitcoin was hovering at around $4,000, the risk of a significant downside was high, combined with high uncertainty around the medium-term prospect of BTC.

Hence, when Bitcoin surged past $20,000, the dominant cryptocurrency became more compelling for investors. He said:

“Buying $BTC post- ATH is actually superior than sniping the bottom from a risk adjusted lens If you bought at $20k you’re up 50% with minimal friction in between Bottom buyers ~$4k are up almost 8x but their risk of blowing up was much higher.”

In the near term, a popular narrative that could buoy the Bitcoin price higher is the prediction that institutions might not have bought BTC in December due to potential accounting issues.

As such, some analysts say that more institutions could jump into Bitcoin in the first quarter of 2021. If this happens, which would be evident through Grayscale’s assets under management and the CME Bitcoin futures market’s open interest, it would likely cause a broader BTC rally.