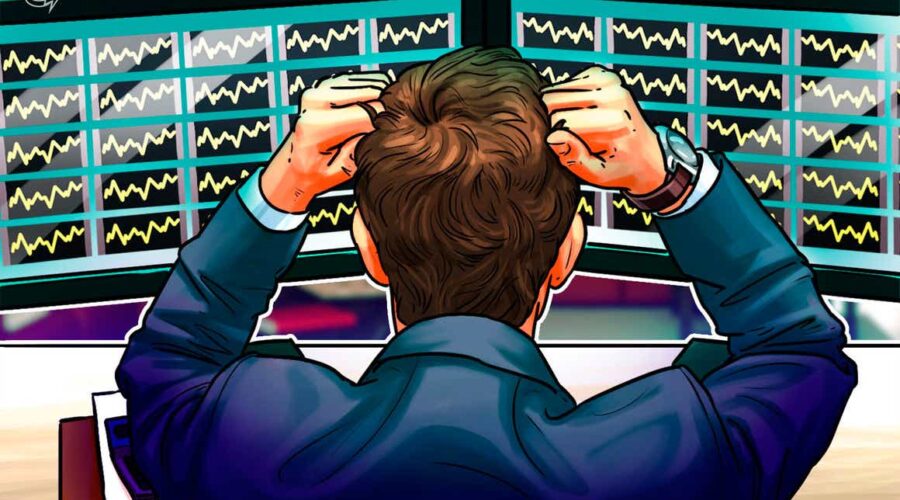 Analysts and pundits will scramble to find some angle to explain intra-day price action whenever important economic numbers are published and this practice is commonplace in the crypto sector.

When the United States Bureau of Labor Statistics reported a 7.5% increase in the Consumer Price Index (CPI) on Feb. 10, traders rushed to find some connection to the crypto price action. However, historical correlation data shows investors should actually closely scrutinize whether there is even a relation between Bitcoin (BTC) and major economic indicators.

General investment advice would suggest that traders ignore the intraday movements, especially considering that most assets do not trade on a 24-hours basis.

In short, a large order flow from a single entity could easily distort the cryptocurrency market in the short term, but the impact on WTI oil, the S&P 500 and gold tends to be smaller.

Bitcoin price dipped to $43,200 after the 7.5% increase in the U.S. consumer price index was released on Feb. 10, leading reporters at CNBC to correlate the two events.

That statement correctly assessed the market conditions at that time, but one should use a longer time frame when analyzing economic data. Furthermore, there’s the possibility that Bitcoin holds no relevant price correlation, a hypothesis that also needs testing.

A comparative long-term chart between Bitcoin price and U.S. inflation gives a false impression of correlation and causation, especially when using logarithmic charts.

If anything, Bitcoin has anticipated the economic data by roughly three months. In September 2020, it rallied above $11,000 while the inflation data stagnated below 1.5% and more recently in May 2021.

Afterward, the Bitcoin price “cooled off,” failing to break the $60,000 support while the sharp increase in CPI paused two months later in July at 5.4%.

For those relying on mathematical formulas, the correlation coefficient between Bitcoin price and U.S. inflation oscillated between positive 0.95 and negative 0.94 over the past 12 months. Therefore, associating one to another makes very little sense from a statistical approach.

Another common mistake is attributing the correlation of other assets to Bitcoin’s performance. Sure enough, there might be a couple of consecutive months of 0.65 (positive or negative) correlation over a year-long period, but data suggests otherwise.

For instance, between August and September 2021, the S&P 500 correlation to BTC averaged 0.65. However, that is cherry-picking data because a more extended timeframe reveals no such evidence.

No price relation was found between Bitcoin and other major assets such as the WTI oil price and the iShares TIPS Bond ETF, which tracks an index composed of inflation-protected U.S. Treasury bonds.

Various data points suggest that investors should ignore the intraday price action after economic data is released, because at times, the data provides a false impression between correlation and causation.

Although inflation or other data influence short-term pricing, it does not necessarily impact the prevailing trend. The correlation chart versus traditional markets leaves little doubt that Bitcoin is a class of its own.