DMG Blockchain Solutions Inc. recently said they began installation of a new electrical transformer and power substation in order to increase mining operations. DMG is a diversified blockchain and cryptocurrency company that works on end-to-end solutions to monetize blockchain’s ecosystem.

DMG Blockchain Solutions Inc. (DMG) announced the kick-off for installation of an 85-megawatt capacity transformer and an electrical substation to help fuel the expansion of their flagship virtual currency mining facility in Canada.

The company’s cryptocurrency mining facilities are used for in-house operations and for clients engaged in Mining-as-a-Service (MaaS). DMG says this hybrid model allows them to scale mining endeavors faster than a pure mining model.

Great Optimism For The Future

According to DMG, the new substation will be connected to the power grid and is set to reach full operation by September 2018. The company says the new infrastructure will increase hosting capability by at least 20 times and will make the flagship mining facility one of the largest on the continent.

“Our management team at DMG is unique in that we have the experience, the relationships, and the capital backing to do this successfully.” 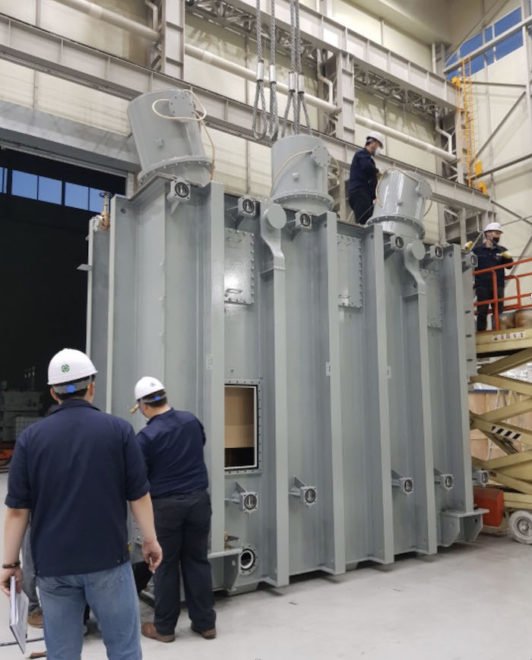 Aside from mining, DMG is also focused on building a platform to ensure “complete provenance of controlled products” through the supply chain, and performs investigations related to KYC (Know your Customer) and AML (Anti-money laundering) requirements.

DMG’s website says they are looking to become “domain experts” in a variety of fields, including agriculture, energy, precious metals, financial services, and manufacturing.

Many in the cryptocurrency community have conveyed trepidation about the often large amounts of electricity used for mining.

Some experts in Iceland expressed worry earlier in the year about the number of miners who were flocking to the island nation to set up shop. They thought the industry’s energy demand would rise so high that power companies would not be able to keep up.

Other places across the world have seemingly taken matters into their own hands. In mid-July, local media in Quebec said the providence’s energy distributor was given permission to raise rates for blockchain-based companies and miners.

Around the same time, New York’s Public Service Commission approved new utility rates for cryptocurrency miners under the Massena Electric Department. The new regulations were designed to protect other customers and attempt to steer miners away from upstate New York.

Faced with rising mining costs, some companies have just decided to build bigger power facilities. Brookstone Partners recently announced plans for a 900-megawatt wind farm on a remote edge of the Sahara Desert.

However, some believe Bitcoin mining might not be as energy-consumptive as portrayed to be. Jonathan Koomey of Stanford thinks “we don’t have adequate data” to come to strong conclusions about how much electricity Bitcoin mining really eats up since miners are using customized mining machines that are a lot harder to track than standard servers.

Do you think cryptocurrency mining is (or will) lead to energy crises in the future? Let us know in the comments below.