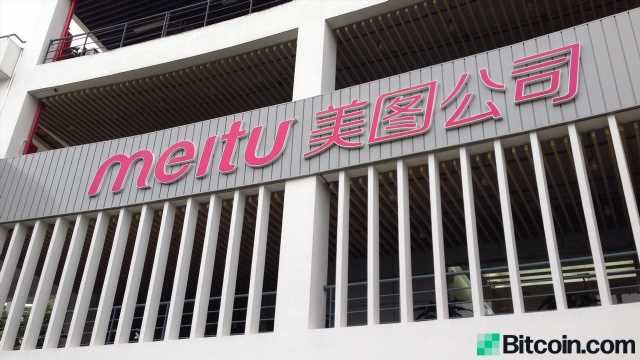 The China-based smartphone and internet app maker Meitu has announced the acquisition of $10 million worth of bitcoin for its treasury after the firm purchased digital assets two times prior last month. The company’s cryptocurrency holdings now stack up to $100 million worth of ethereum and bitcoin.

Meitu Stacks Another 175 Bitcoin, $100 Million in Crypto Recorded on its Balance Sheet

Meitu has revealed another cryptocurrency purchase after it announced two purchases last month. According to the announcement, on April 8, 2021, Meitu HK which is listed on the Hong Kong stock exchange, purchased a touch over 175 BTC. The company detailed it paid $10 million for the acquisition and to date, Meitu now holds $100 million worth of ethereum (ETH) and bitcoin (BTC) on its balance sheet.

“The board is pleased to announce that on April 8, 2021, Meitu HK had, pursuant to the Cryptocurrency Investment Plan, further acquired in open market transactions, an additional 175.67798279 units of bitcoin at an aggregate cash consideration of approximately US$10 million under the further bitcoin acquisition,” Meitu’s announcement said.

Bitcoin.com news covered the company’s past two purchases during the first two weeks of March 2021. When our newsdesk reported on the company, Meitu already held $40 billion worth of ETH and BTC. In our second report, Meitu managed to stack $90 million worth of digital assets to add to its “Cryptocurrency Investment Plan.”

Bitcoin: ‘A Superior Form to Other Alternative Stores of Value’

The company’s latest announcement says that bitcoin serves as “a good alternative store of value” because of the crypto asset’s “limited in supply, its exchangeability into fiat money or goods and services, portability, and its potential to act as an effective hedge against depreciation of fiat currencies.”

Some of these features potentially even render bitcoin as a superior form to other alternative stores of value such as gold, precious stone, and real estate. Being an alternative store of value, its price is primarily a function of future demand that is driven by the consensus of investors and the general public.

Meitu started 13 years ago and has become a well known firm in China for its photo selfie applications and smartphone technology. More recently, Meitu says that its board members have seen a “growing momentum” when it comes to cryptocurrencies. The company has noted well-established firms and operations like insurance companies making investments into crypto.

“An increasing number of listed companies are purchasing cryptocurrencies as part of their treasury management, as well as considering accepting cryptocurrency as a form of payment for their goods and services,” the company’s announcement concludes.