U.S. banking corporation BNY Mellon is gearing up to offer crypto custody services out of Dublin where it has just established a digital hub. The news coincided with a stark warning issued by a top central bank official in Ireland who said people should only buy bitcoin if they’re prepared to lose money.

Following a decision to enter the cryptocurrency space announced in February, the Bank of New York Mellon has now created a “Digital Innovation Hub” in Dublin. The unit will act as a custodian for crypto assets, the Business Post reported, noting that with the move, “the banking giant, is betting on the future of bitcoin and other cryptocurrencies.”

The hub will allow clients to hold, transfer and issue digital assets, the Irish publication detailed. Custodial services will be provided for a variety of assets including the cryptocurrency with the largest market cap, bitcoin (BTC), non-fungible tokens (NFTs), and central bank digital currencies (CBDCs). BNY Mellon is America’s oldest banking institution through its predecessor, Bank of New York, which merged with the Mellon Financial Corporation in 2007. It’s also the world’s largest custodian bank and asset servicing company. As of March 31, the bank has $41.7 trillion assets under custody or administration and $2.2 trillion assets under management.

The Bank of New York Mellon Corporation currently operates in 35 different countries, according to its website. It maintains presence in the Republic of Ireland since 1994, and its new crypto asset unit in Dublin will be regulated by the Central Bank of Ireland (CBI).

Soon after the news about BNY Mellon’s involvement with digital assets came out, a high-ranking official of the Central Bank of Ireland was quoted warning that the growing popularity of cryptocurrencies such as bitcoin is “of great concern.” In an interview with Bloomberg, CBI’s Director-General for Financial Conduct, Derville Rowland, stated that “crypto assets are quite a speculative, unregulated investment.”

Rowland, who is associated with the bank’s recent enforcement investigations, also stressed that people who want to invest in cryptocurrencies should be “really aware they could lose the whole of that investment.” Her department is known for imposing hefty fines on some of Ireland’s biggest financial companies. The CBI has already fined or is still investigating most Irish retail banks for mortgage overcharging. Earlier this year, the central bank fined Ireland’s biggest securities firm, Davy. The company has since been put up for sale following the resignations of its top managers. Speaking about the case, Rowland said that Davy needs to “look in the mirror” and ask itself “how things went so catastrophically wrong.”

With her latest comments regarding cryptocurrencies, Derville Rowland joins a group of other central bank officials who have warned against crypto investments. Among them is Bank of England Governor Andrew Bailey who recently reaffirmed his skepticism about crypto-assets and insisted they are “dangerous” to the public. Rowland is now preparing to take over as Chair of the Investment Management Standing Committee at ESMA, the European Securities and Markets Authority, in July.

What’s your opinion on Derville Rowland’s comments about cryptocurrencies and do you think other banks like BNY Mellon will establish crypto units in Ireland? Tell us in the comments section below. 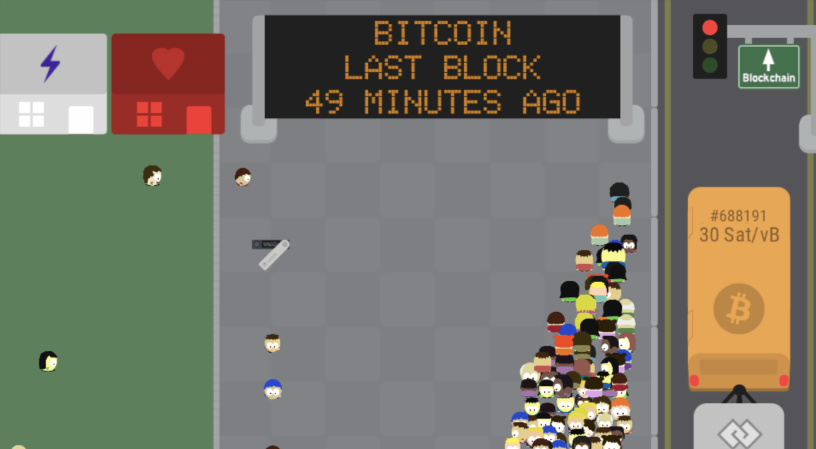 No Bitcoin Block Found in an Hour