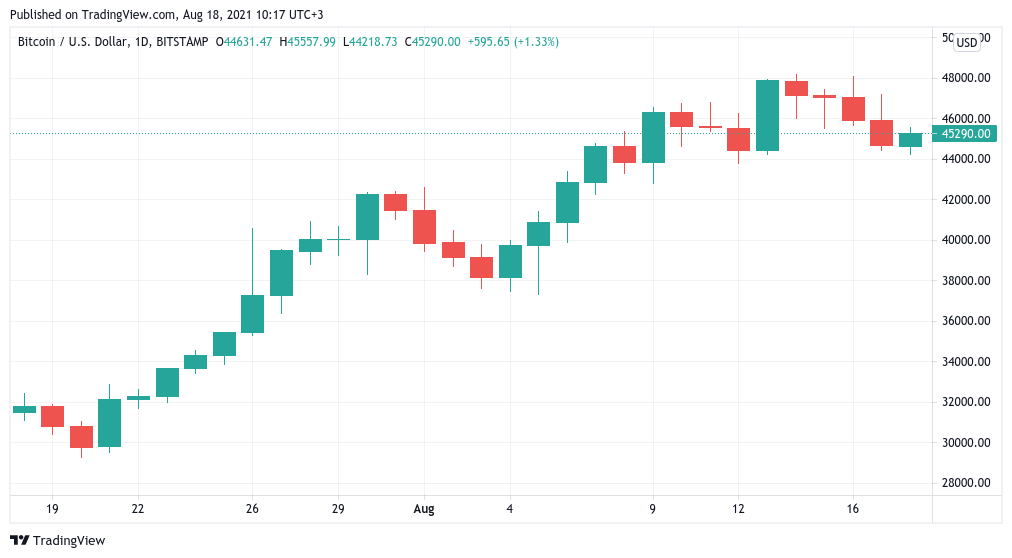 A continuation of consolidation seen on Tuesday, the latest dip marks a $3,800 comedown after Bitcoin saw rejection at $48,000 several days ago.

This was expected — seller pressure from that level and upward remains significant, with bulls so far lacking the momentum to absorb their positions.

For popular trader Pentoshi, however, this was just a temporary feature. Bitcoin, he argued on the day, “will remind everyone who the king is.”

“When it’s time to buy. I’ll be going with a $Btc heavy rotational focus for the first time this year. If 40-42k is our new HL,” part of a tweet read.

“And Bitcoin truly is to go to new ath’s. It will remind everyone who the king is. Btc leads the pack from there is far more bullish.”

Attention was thus on $42,000 support for a potential higher low construction, a level not tested since Aug. 7.

As Cointelegraph reported, should BTC/USD crush the $48,000 resistance, the next stop could easily be $55,000 or more.

At the same time, it was a case of licking wounds for major altcoins, which lost out to Bitcoin on daily timeframes.

Out of the top 50 cryptocurrencies by market capitalizatio, daily losses of 7% were not uncommon, while Ether (ETH) returned to challenge $3,000 support. 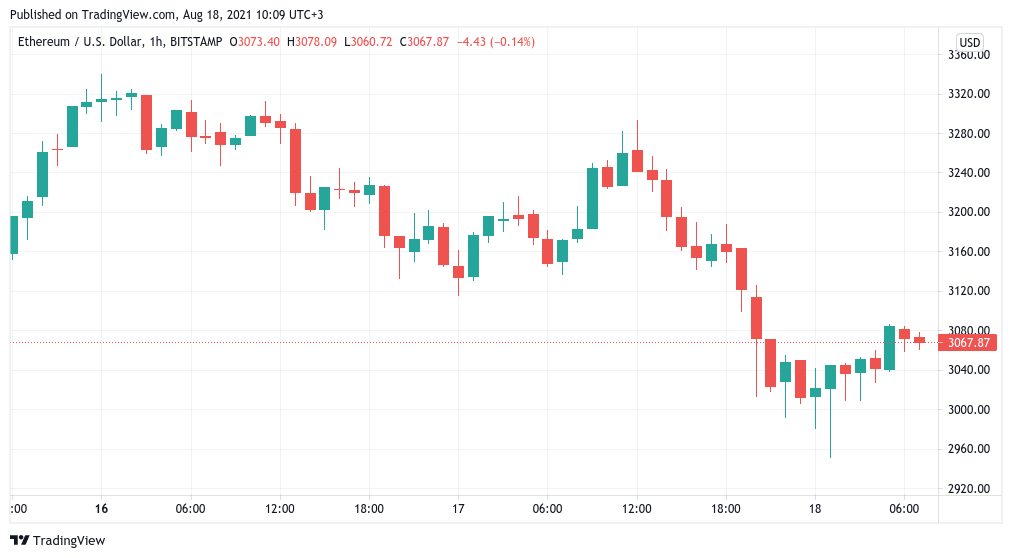 High-flyer Solana (SOL) retained most of its previous gains, hovering at $68 at the time of writing while still up 60% over the past week.

“General dip across the Altcoin Market looks to be in progress right now,” Rekt Capital summarized. He added that the weekly close for the combined altcoin market cap had nonetheless been “fantastic.”

18/08/2021 Business And Finance Comments Off on Bitcoin ‘will remind everyone who the king is,’ says trader as BTC dips to $44K
Markets