The quick-moving volatility that the cryptocurrency market is known for reared its ugly head on Feb. 17 as ongoing tensions between Russia and Ukraine and the rest of the world walloped financial markets around and briefly plunged Bitcoin price below the $41,000 level.

Data from Cointelegraph Markets Pro and TradingView shows that the crypto market was hit with a wave of selling beginning near midday on Feb. 17 that dropped BTC to a daily low of $40,743 before bulls bid the price back above $41,000. 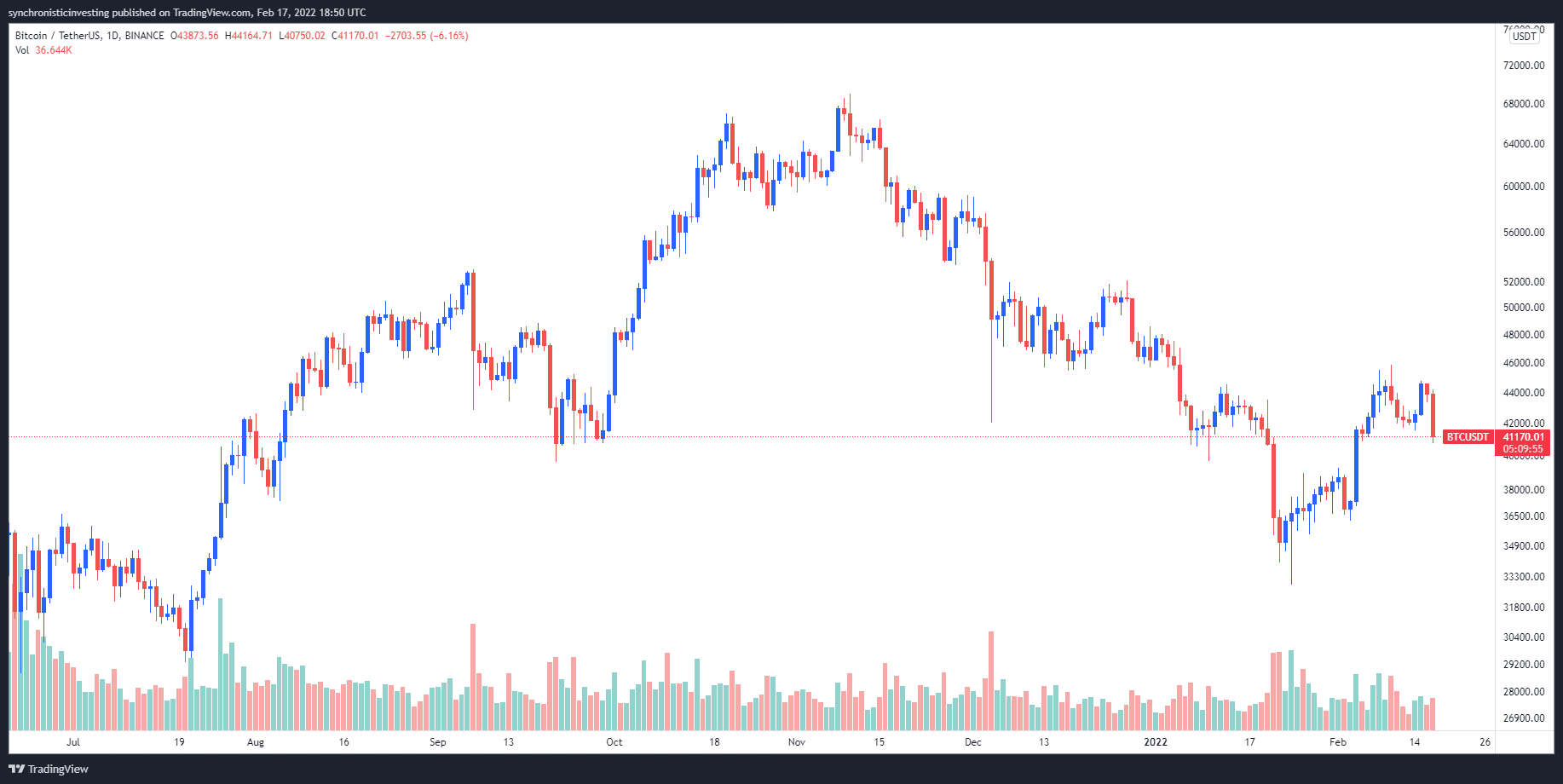 Here’s a look at what traders in the market are saying about the price dip for Bitcoin and what it means in the largeer scheme of things as global tensions ramp up.

The sudden pullback in BTC has taken the bullish perspective off the table for independent market analyst Michaël van de Poppe, who posted the following chart highlighting the areas BTC needed to break through to support his bullish case.

Based on the red box highlighted by van de Poppe, Bitcoin would need a clear breakout above $50,000 to flip the bias toward bulls.

“Nothing really changed. This one is still the one I’m looking at for Bitcoin in which I’d prefer to see a break of this weekly order block. If that doesn’t happen, then I’m not bullish.”

Evidence that even experienced traders can be caught off guard by sharp moves came from “Pentoshi,” a pseudonymous Twitter user who posted the following chart and noted that some recent BTC purchases now appear to have been premature. 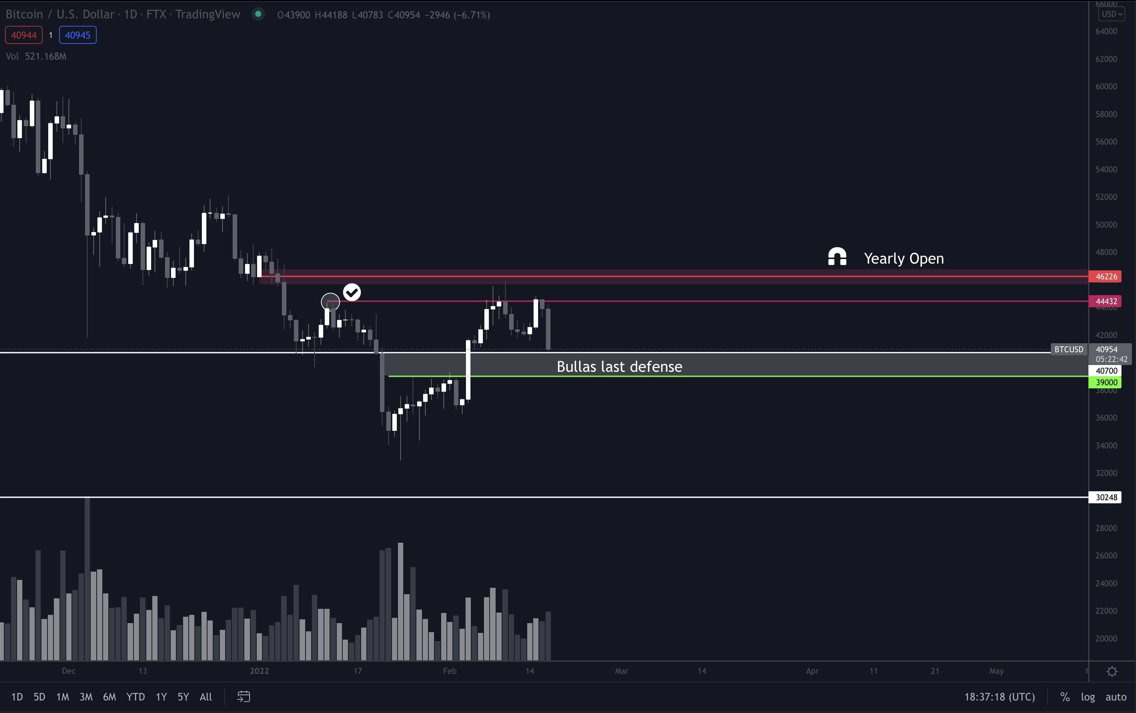 “Despite all the bullish propaganda, price still respected the levels. Bullas on life support here. I will still trade the level w/ reclaim but know the downside risk is high.”

Buy the rumor and sell the news?

A final bit of perspective on what traders should keep in mind during times like these was offered by options trader and pseudonymous Twitter user John Wick, who posted the following tweet addressing concerns regarding rising U.S. interest rates and the situation between Russia and Ukraine.