Bitcoin (BTC) is seeing what looks like panic buying by retail investors, as fresh data shows — but all might not be as it seems.

In a tweet on April 4, William Clemente, lead insights analyst at Blockware, revealed a large spike in the BTC supply owned by smaller hodlers.

Typically referred to as “retail,” entities with 1 BTC or less are considered to be mainstream consumers rather than corporate or institutional investors.

According to figures from on-chain analytics firm Glassnode, these smaller players have dramatically increased their share of the overall BTC supply in 2022.

Traditionally, Clemente cautioned that such events have coincided with macro price tops, but given recent BTC/USD behavior, this time appears unlike the others.

“This is a really interesting chart. Retail (0-1 BTC) is currently buying at the second-highest rate in Bitcoin‘s history,” he commented.

“Looking at retail‘s holdings most spikes have coincided with macro tops, but on several occasions, they have bought strategically. This spike is an outlier.” 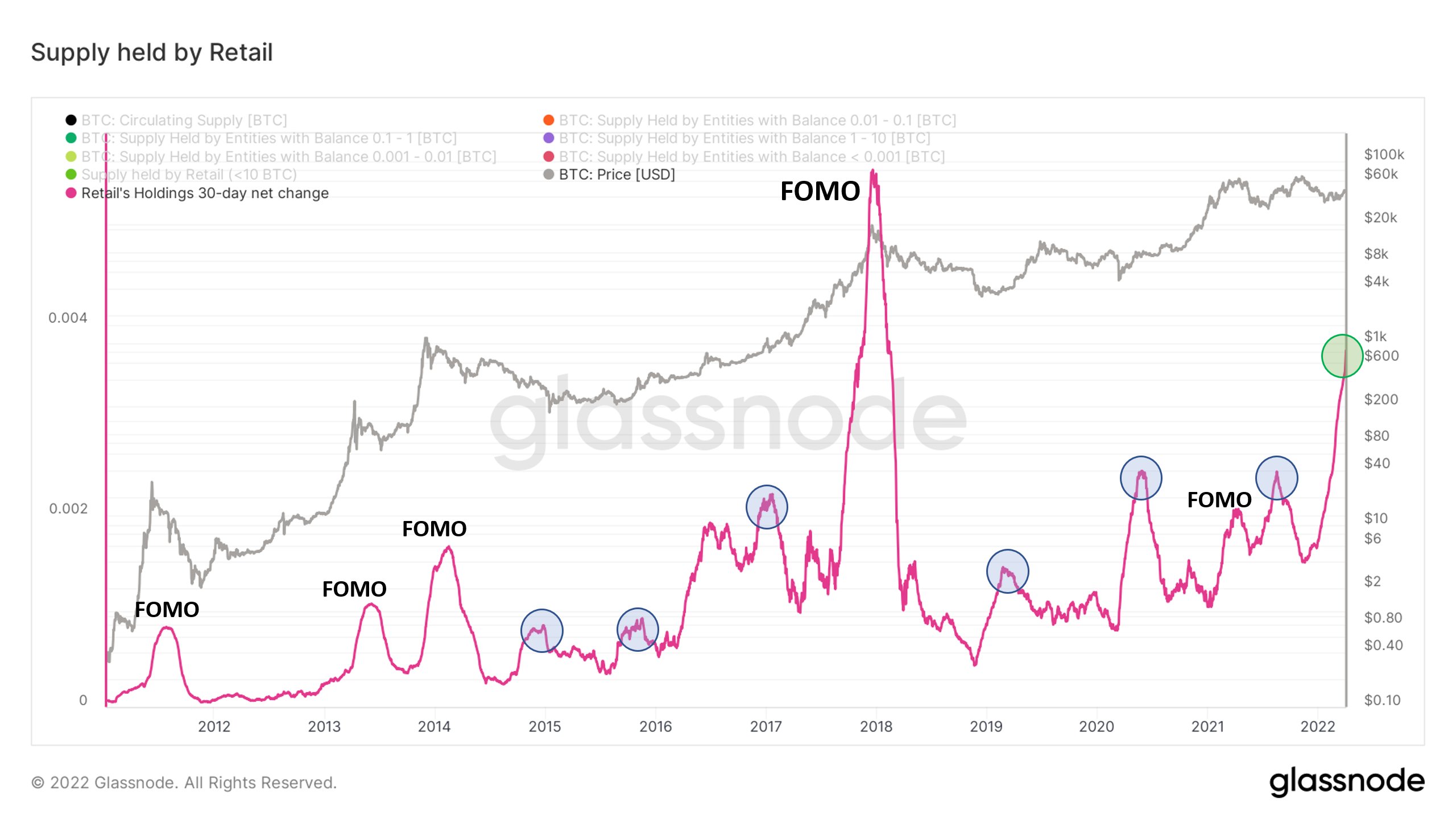 Every segment of the retail brigade from 1 BTC down to the smallest 0.001 BTC bracket has been increasing its market share over time, but a dramatic surge has been in effect since mid-February, Glassnode shows.

“Either we are doomed or retail has chosen to use Bitcoin as a savings account and opt out of the fiat system. The optimist in me hopes it is the latter,” Clemente added. 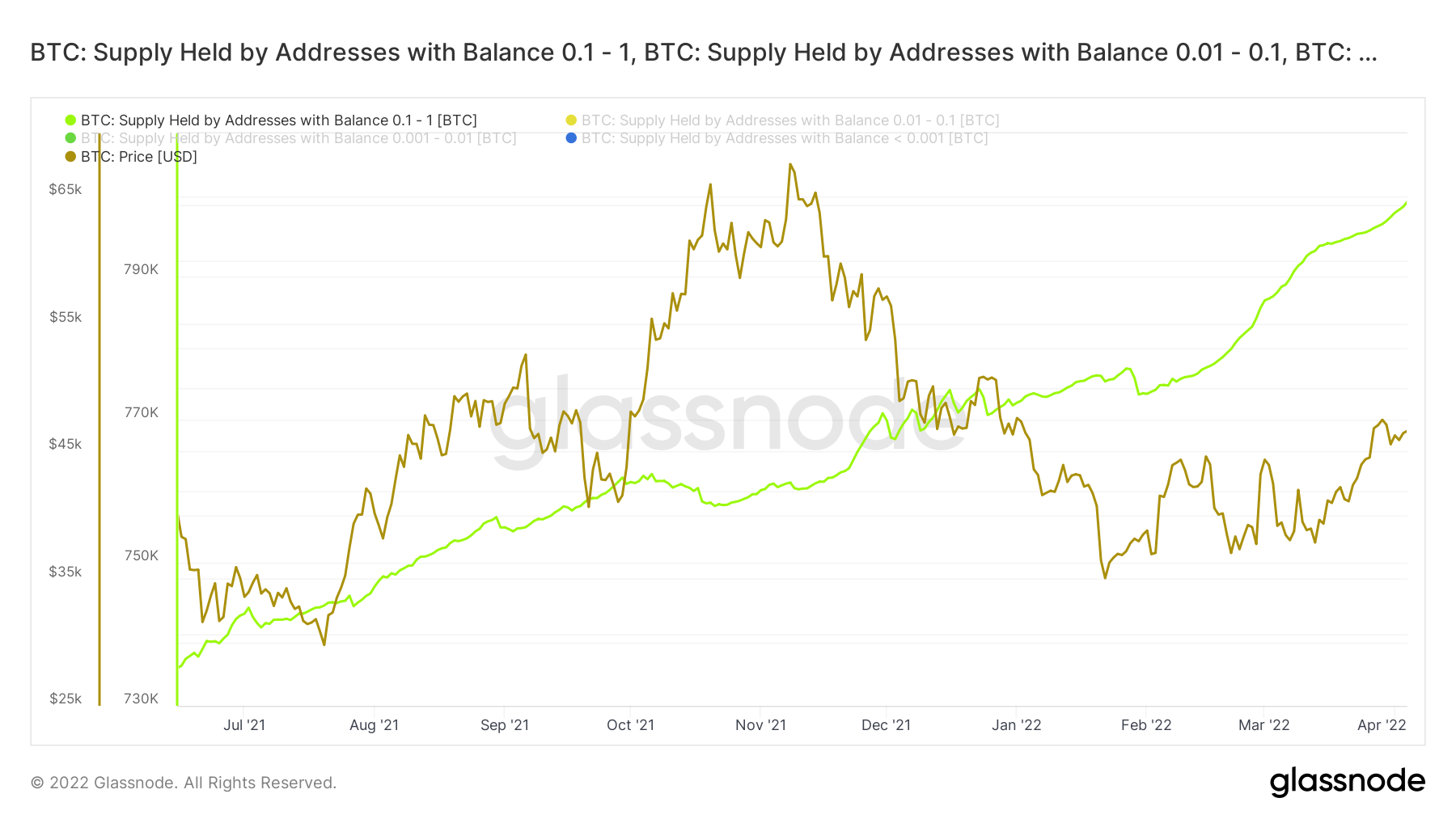 As Bitcoin has risen toward $50,000 and out of its 2022 trading range, the amount of the profitable supply held by short-term holders — those in the market for 155 days or under — has increased.

Short-term holders going from loss to profit on their investment has likewise also accompanied price tops in years past, Glassnode data shows. 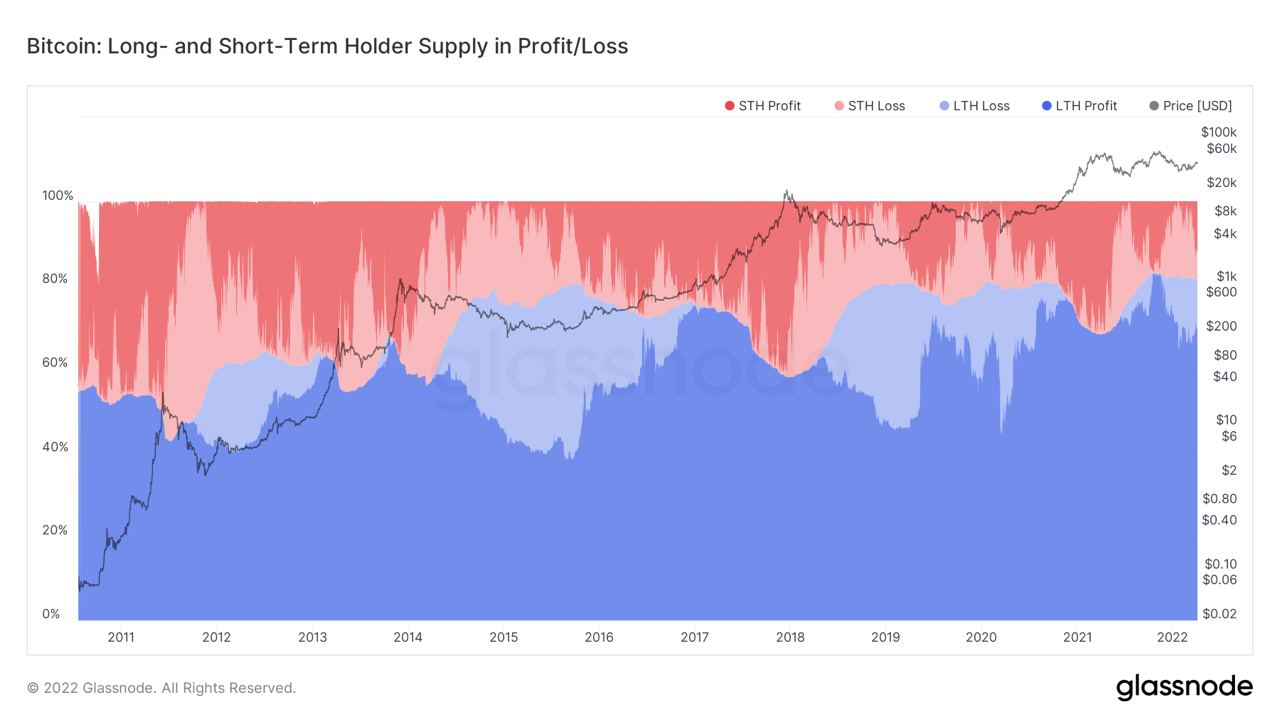 While no one‘s Googling Bitcoin

While attention has focused on investor habits at what is an important on-chain volume level near $50,000, however, mainstream attention on Bitcoin is still conspicuously lacking.

Related: BTC starts 2022 all over again — 5 things to know in Bitcoin this week

Not only that, but the trend is still down, Google hints, with Bitcoin in line for its lowest relative search volume in years should it continue. 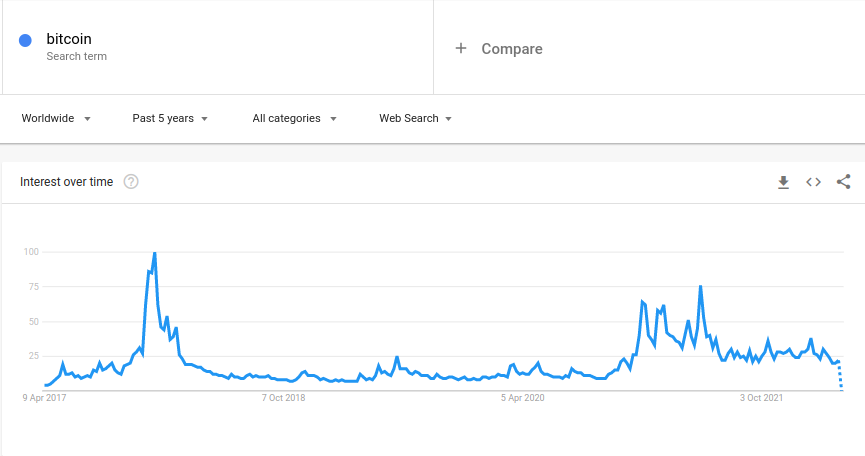 05/04/2022 Business And Finance Comments Off on Bitcoin retail FOMO spiked most since 2017, but BTC price may still be ‘doomed’ — analyst
Markets