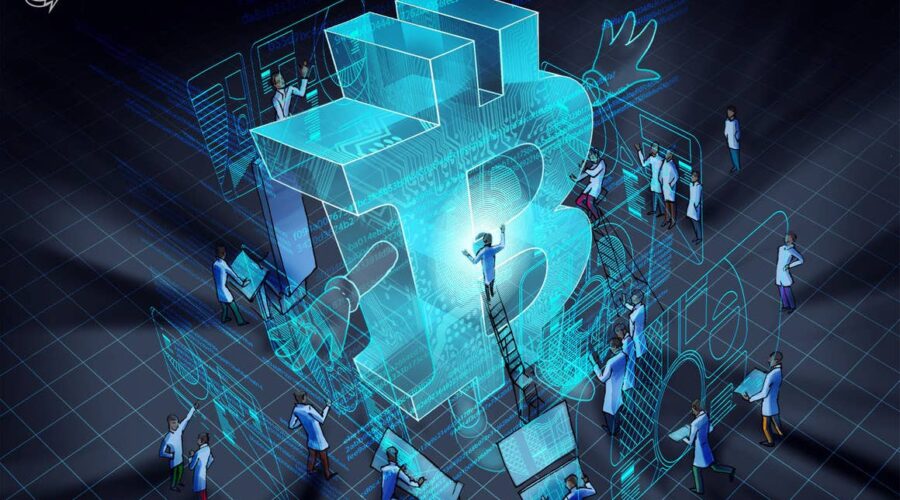 Bitcoin (BTC) ranged below a critical weekly close target on Sept. 10 as analysis warned its multi-week uptrend was in danger. 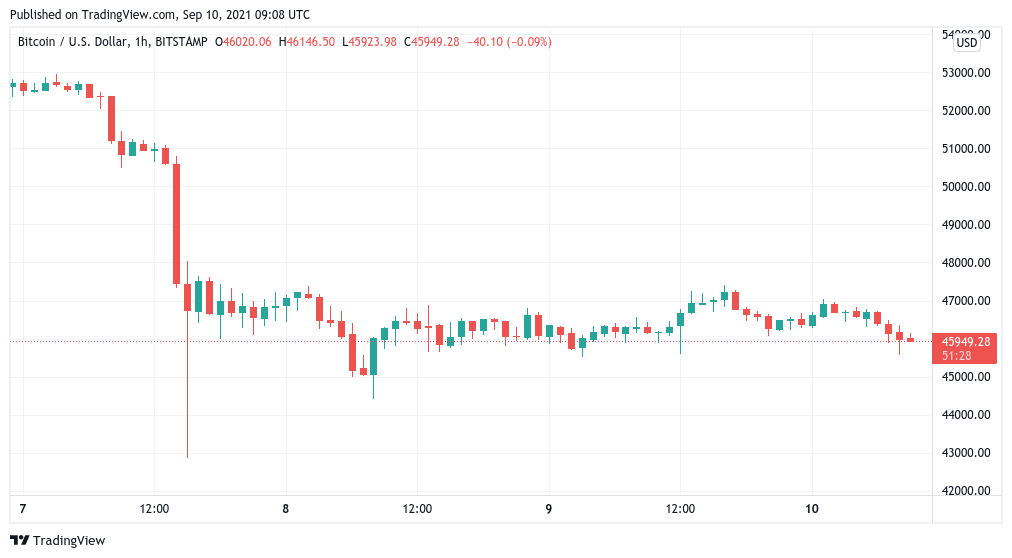 Data from Cointelegraph Markets Pro and TradingView showed BTC/USD trading at around $46,000 Friday after rejecting near $47,450 the day before.

That level marks the lower bound of Bitcoin’s uptrend on the weekly chart, one which has continued since mid July.

Now, BTC/USD needs to reclaim it, trader and analyst Rekt Capital says, in order to preserve that trend.

With Bitcoin closer to $1,500 below the higher low target at the time of writing, much work was left to do over the weekend to secure a more bullish close by the end of Sunday.

On altcoins, a curious picture was developing Friday as investors mysteriously piled in to Tezos (XTZ).

After standard moves in line with the majority of major altcoins, XTZ/USD suddenly began to break out, gaining 24% on the day to become the best-performing cryptocurrency. The pair hit $6.53, its highest since mid May. 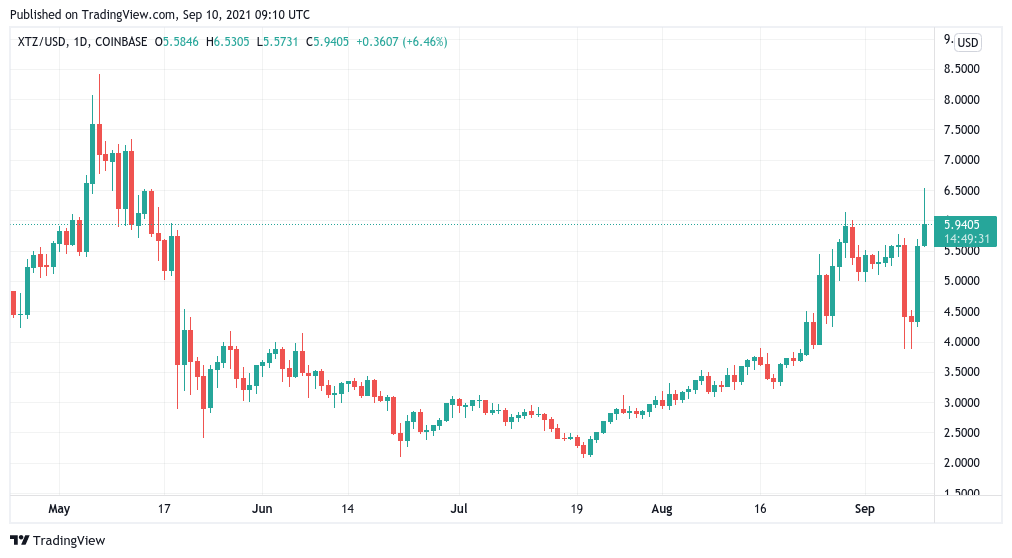 The events coincide with increasing non-fungible token (NFT) interest on Tezos courtesy of music star Doja Cat, and its blockchain handled 400,000 daily transactions for the first time this week.

“Expecting new highs,” he forecast after ETH/BTC reversed upwards at 0.071. 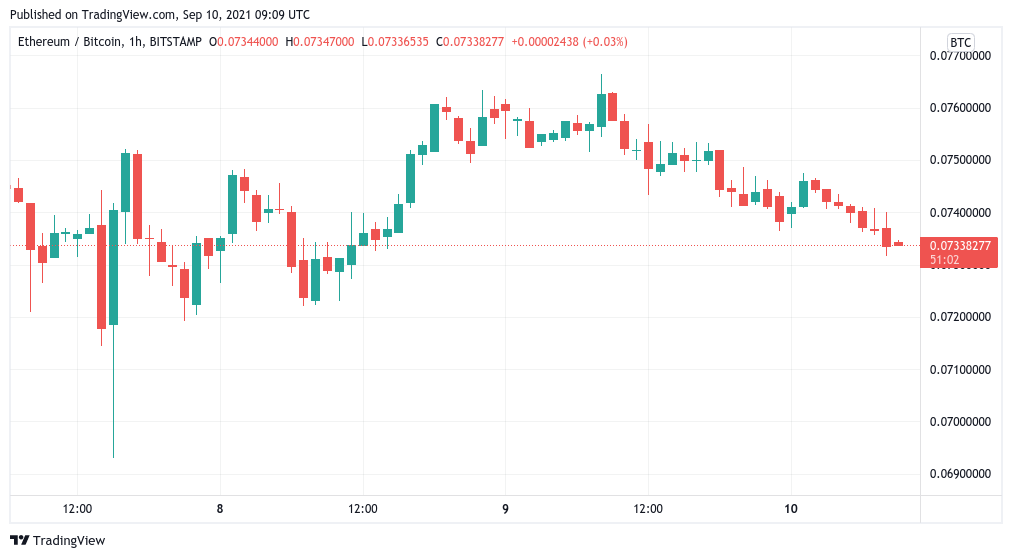