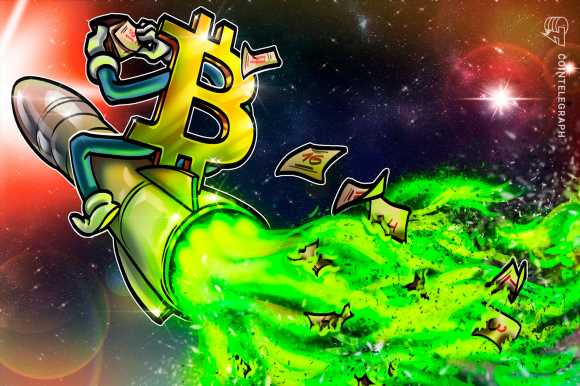 Bitcoin’s (BTC) price has been consistently rallying in the past few weeks, reaching its latest new high of around $57,500 on Feb. 20.

The week has seen more bullish news such as the first German listed company allocating its cash reserves to BTC as well as the launch of the first Bitcoin ETF in Canada, which traded over $220 million in its debut.

Such news is fueling the price of Bitcoin while Elon Musk has also embraced the latest “laser eye” meme to the joy of hodlers who are itching for a $100,000 BTC price. However, the next major point of interest is at around $63,000 and this could be reached relatively soon if Bitcoin can hold above a few key support levels.

This run is also being driven by the decreasing reserves on exchanges. This is very similar to the end of 2016 when more Bitcoin was withdrawn from exchanges than deposited. These withdrawals mean that people want to hold their Bitcoin for the long term, indicating strong demand and low time preference.

Meanwhile, the total cryptocurrency market capitalization is approaching the $2 trillion mark in this cycle, which many people wouldn’t have expected last year.

However, after breaking the all-time high of 2017, the next level of interest was the $1.2 trillion level, which is also the 1.618 Fibonacci area.

That zone was broken to the upside and the market cap is now aiming for $1.85 trillion, the 2.618 Fibonacci level. The chart also shows a massive gap between the 21-Week MA and the current price, suggesting that the rally might be getting overextended.

Historically, the end of February and the month of March have not been bullish for the market, so a correction should not come as a surprise. In that case, a retest of $1.2 trillion is definitely on the table.

In trading, it’s all about holding critical support levels for further upward or downward momentum. In this case, the first key levels are found between $43,000-44,000 and the second one at $50,000.

The same, however, can also now be said about the $55,000 level on low timeframes, specifically the 1-hour candle chart. If that’s lost, there’s a gap to the next area of support, which means that a breakdown to the $50,000 level can then be expected.