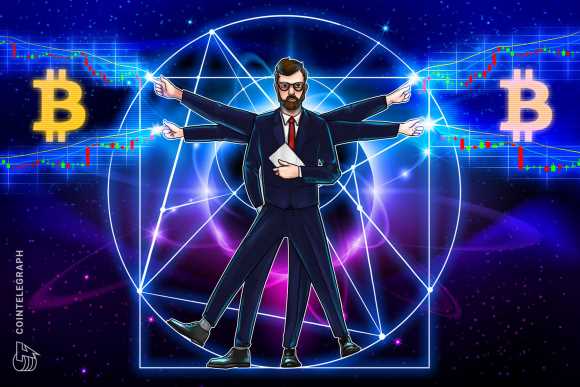 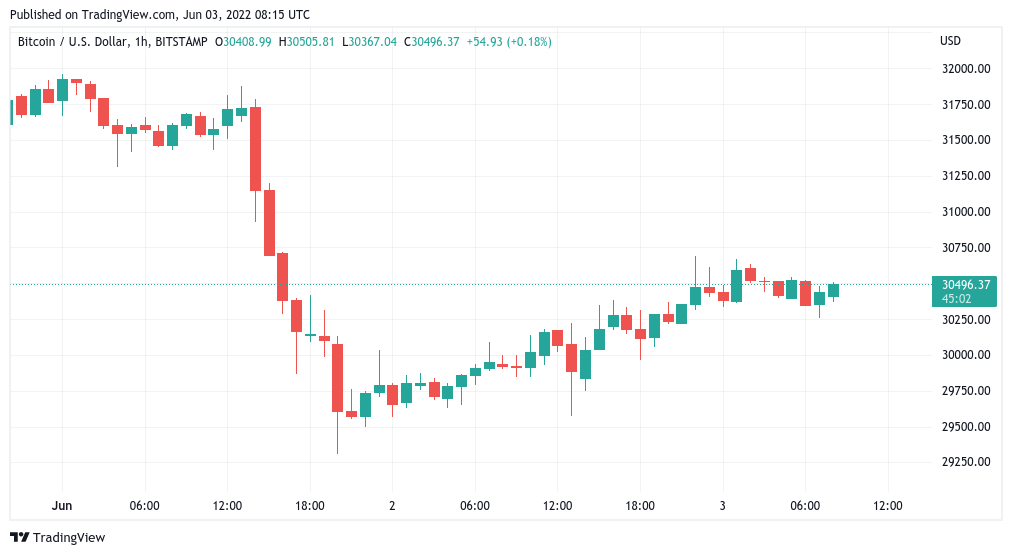 The mood among stocks was more solid during the June 2 session, with the S&P 500 reclaiming the majority of its lost ground over the past month. The Nasdaq Composite Index ended up 2.7%.

Analyzing the crypto market cap compared to the Nasdaq, popular analyst TechDev noted what could be an incoming inflection point.

Bitcoin itself continued to face calls for a retracement, which would eclipse May’s $23,800 lows.

Zooming out, one on-chain analyst became the latest to take on the increasingly controversial Stock-to-Flow (S2F) BTC price model.

Related: This classic Bitcoin metric is flashing buy for first time since March 2020

Having failed to validate its $100,000 end-of-year prediction in 2021, Stock-to-Flow has become increasingly sidelined as its creator, PlanB, fields criticism.

While acknowledging the model’s potential shortcomings, Jurrien Timmer, head of global macro at on-chain analytics firm Glassnode, revisited it, offering a tweak which he argued would serve to increase its utility.

“If accurate, It suggests still robust but less pie-in-the-sky upside than before. Maybe even several years of sideways, in line with the halving cycle, and likely continued volatility,” he continued.

PlanB had noted that the May monthly close had been Bitcoin’s lowest since December 2020.

As Cointelegraph reported, the next block subsidy halving event is increasingly figuring as a line in the sand for a return to bullish strength.