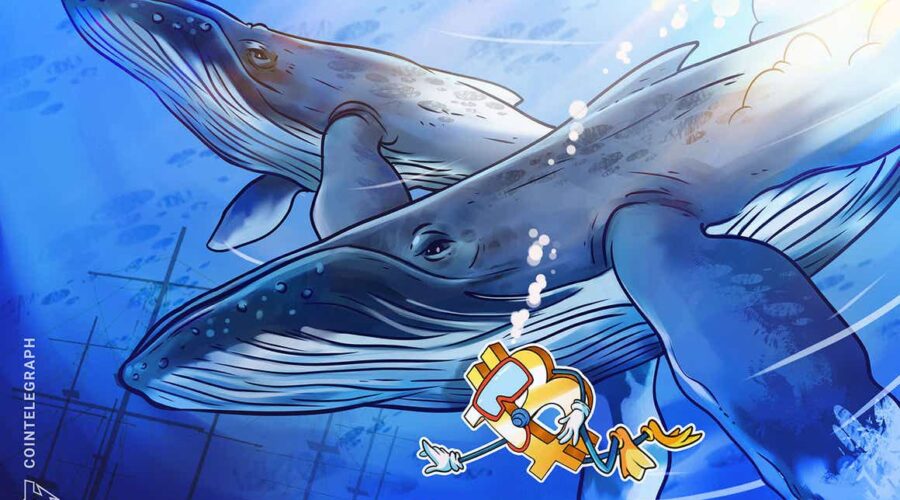 Bitcoin (BTC) whales are back in the game near $60,000 as data shows classic bull market behavior.

According to on-chain monitoring resources on Nov. 16, the third-largest Bitcoin whale address has increased its holdings by 207 BTC.

Despite falling 8% over the past 24 hours, Bitcoin remains a solid buy for its biggest investors.

“As of now, this address has increased its holdings by 635 BTC in November,” journalist Colin Wu noted in comments on the event.

Such whale behavior is in fact common during bull runs, as evidenced by blockchain data covering previous cycle peaks.

“In my opinion, whales and big players usually hedge their Bitcoins by transferring to derivatives exchanges and taking short positions when they buy a huge amount of BTC on price bottoms,” one contributor to fellow on-chain analytics firm CryptoQuant explained Tuesday.

“This pattern is obvious during the last bull run (2017) when the All Exchanges To Derivative Exchanges indicator peaked many times and the price experienced a jump after each time. Right now, during the Bullrun, the metric has peaked four times indicating whales are buying and hedging their coins continuously.”

As Cointelegraph reported, long-term holders have begun net reducing their BTC holdings as of this month.

In what is known as “distribution,” the phenomenon has historically accompanied the most voracious phase of bullish price action, as witnessed beginning November last year.

Heavy buyer volume at $62,000, meanwhile, was not enough to prevent a retest of lower levels Tuesday, contrary to expectations from Whalemap, a dedicated tool for monitoring whale activity.