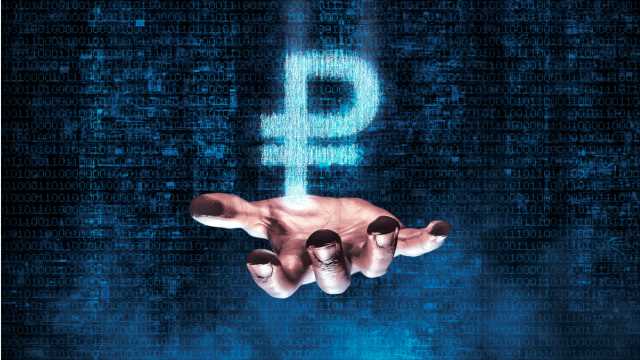 The Central Bank of Russia (CBR) is preparing to release a digital prototype of the national fiat towards the end of 2021, a high-ranking official has confirmed. Transfers between private individuals will be free of charge with the digital ruble, which is going to have legal tender status on par with Russia’s traditional currency.

The monetary policy regulator of the Russian Federation, also known as Bank of Russia, has been working to digitalize the ruble since mid-October when its plan was announced to the public. The Russian central bank digital currency (CBDC) will be designed as a unique digital code stored in dedicated electronic wallets. The coin will become a fully-fledged means of payment that Russians will be able to use alongside the regular ruble. The bank has already published a consultative report and presented the concept of the new digital ruble. “We’ll make a prototype at the end of the year,” CBR Deputy Governor Olga Skorobogatova said this week, quoted by RIA Novosti. Speaking at an open meeting of the parliamentary Financial Markets Committee, Skorobogatova noted that Bank of Russia is going to work with the Russian financial sector to determine the different stages of the project’s implementation.

Russian policy makers and regulators have been mulling over the need for a national digital currency for years but developments in other countries have convinced authorities in Moscow to accelerate the project. With decentralized cryptocurrencies rapidly gaining popularity, dozens of central banks have started exploring options to launch their own CBDCs.

China has been advancing with its digital yuan while the U.S. Federal Reserve now plans to unveil digital dollar prototypes in July. Meanwhile, the European Central Bank is deepening its analysis of how to digitalize the common European currency and its Governing Council will decide around mid-2021 whether to initiate a digital euro project. According to a poll released last month, half of Russian residents feel ready to start using a digital ruble. In April, Skorobogatova revealed that peer-to-peer (P2P) transfers between private individuals will be free of charge on the new network. The commission on payments for goods and services will be similar to the current rates of Russia’s Faster Payments System (FPS), developed by Bank of Russia and the National Payment Card System.

Commercial banks have not raised any objections to the planned digital ruble, the central bank noted earlier this year. Quoted by Forklog, CBR Deputy Governor Alexei Zabotkin stated in January that the Russian CBDC will serve as an alternative payment method expected to cut costs and lower rates of payment services offered in the country. Bank of Russia has also opened its regulatory sandbox for projects related to cryptocurrencies which were regulated with the adoption of the Law “On Digital Financial Assets.”

What do you think about Russia’s project to launch a digital ruble and CBDCs in general? Share your thoughts on the subject in the comments section below.