This week various media reported that U.S. Treasury Secretary Steven Mnuchin was considering whether or not legislation governing self-custodied wallets should be implemented.

This led some analysts and crypto pundits to speculate whether or not this would impact Bitcoin, and the current bullish momentum that has been driving crypto prices higher.

The threat of new crypto sector-focused regulations is a credible event which has negatively impacted crypto prices in the past, but this time around there are a fewreasons why the proposed rule probably will not lead to a Bitcoin price crash. 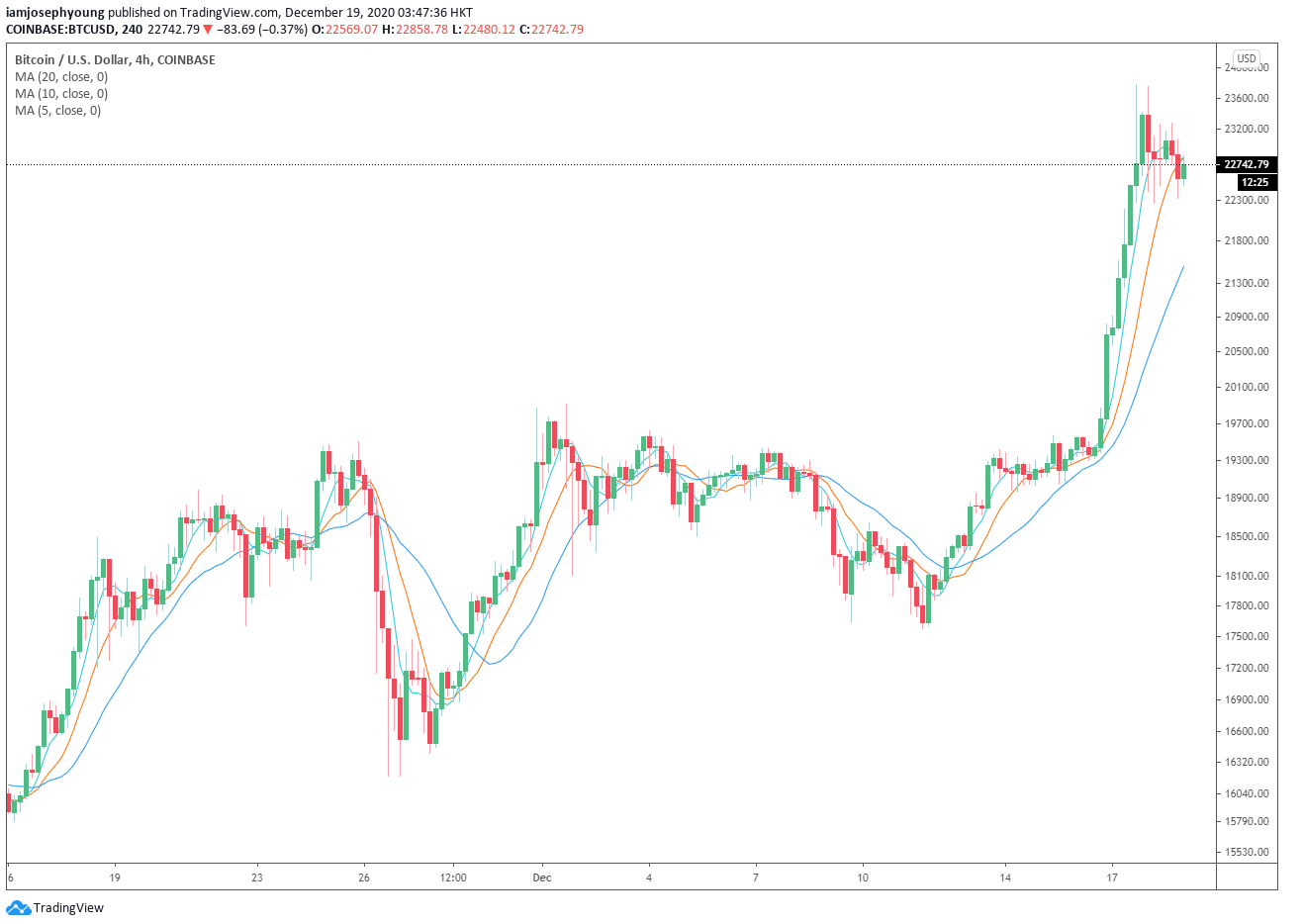 The possibility of regulation is priced into the crypto market

Initially, industry executives expressed major concerns when Coinbase CEO Brian Armstrong shared what he had heard about the planned rule.

These worries were amplified when Circle CEO Jeremy Allaire told Ryan Selkis that the possible regulation could be detrimental to the entire cryptocurrency sector. The comments from the two industry heavyweights led the entire industry to become cautious about the planned rule proposal.

However, recent reports suggest that the rule might require multiple transactions that are equivalent to $10,000 a day to be reported by financial institutions. Compared with the initial rumors about the rule, it is arguably less rigorous than it appeared. In fact, some experts say the proposed rule is similar to the existing FATF travel rule.

What path can Mnuchin take?

There are two main paths Mnuchin could take to introduce the self-custody wallet regulation. First, he could take the conventional route of rulemaking, which requires a hearing and a 30-day period.

If Mnuchin takes the conventional approach, the proposal would have to be released this week before the current Presidential term comes to an end.

Alternatively, Mnuchin could aim for a “good cause” way of passing the regulation. This would allow Mnuchin to speed up the process. Jason Civalleri, an attorney, said:

“Further, there’s an exception for if an agency articulates ‘good cause’ that the notice/public procedure requirements are ‘impracticable, unnecessary, or contrary to the public interest.’ For example, one possible use of this exception is if needed to stop a pandemic. So Treasury would have to articulate why it wants to skip this requirement for ‘good cause.’ For example, maybe it can show an extraordinary amount of criminal activity will be stymied by the new rule’s early implementation. Seems unlikely, but maybe?”

At this point, it is more likely for Mnuchin to take the conventional approach. To take the “good cause” method, he would need to find sufficient evidence to prove that crypto sees significant criminal activity.

Hence, the probability that the proposed rule would be introduced in the upcoming days remains the highest, which would be optimistic for Bitcoin. Matt Odell, a Bitcoin and privacy advocate, said:

“The Block speculating that US gov will simply require exchanges to report bitcoin withdrawals larger than $10k. I already assumed they did this tbh. The concerns Armstrong and Davidson voiced seemed to expect much worse. Maybe the public concern helped. Very bullish if true.”