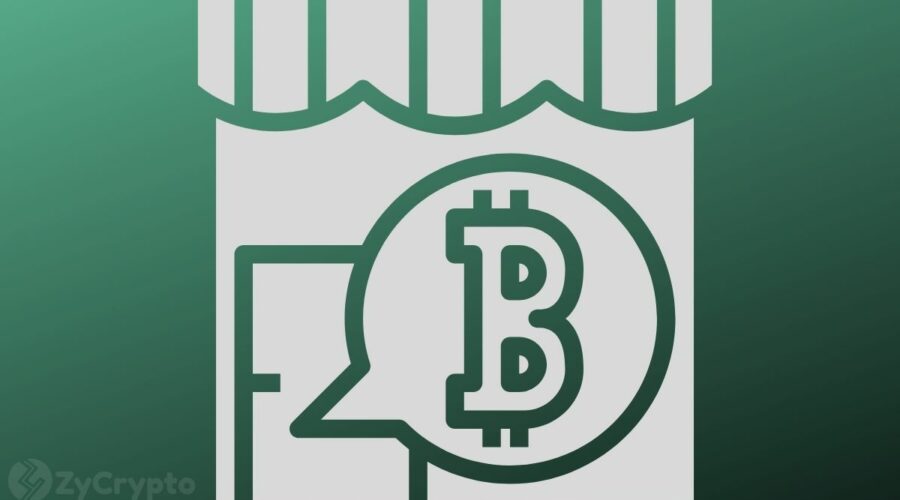 AMC appears not to be running out of perks this year as it now plans on allowing U.S. film-goers to pay for film tickets and confectionary using Bitcoin before the end of 2021.

According to the company’s C.E.O, Adam Aron’s announcement on Monday during an earnings call, the largest movie theatre chain in the world with over 900 locations and millions of users just in the U.S.A was actively putting in place IT systems to ensure that the planned rollout on cryptocurrency payments was a success well before then.

Acknowledging that the company had received a lot of inquiries regarding cryptocurrencies from shareholders, he nodded to have developed considerable interest in the field which was escalated by his appointment to Cetricus, a SPAC aimed at acquiring various quantum encryption and blockchain companies.

“I have had to learn more in the past six months about blockchain and cryptocurrency than I learned about it in the entire decade before that. This increased knowledge has given me the confidence to tell you all today that AMC is hereby formally announcing on this call that by year-end we will have the information technology systems in place to accept Bitcoin as payment for movie tickets and concessions if purchased online at all of our U.S. theatres,” he said. 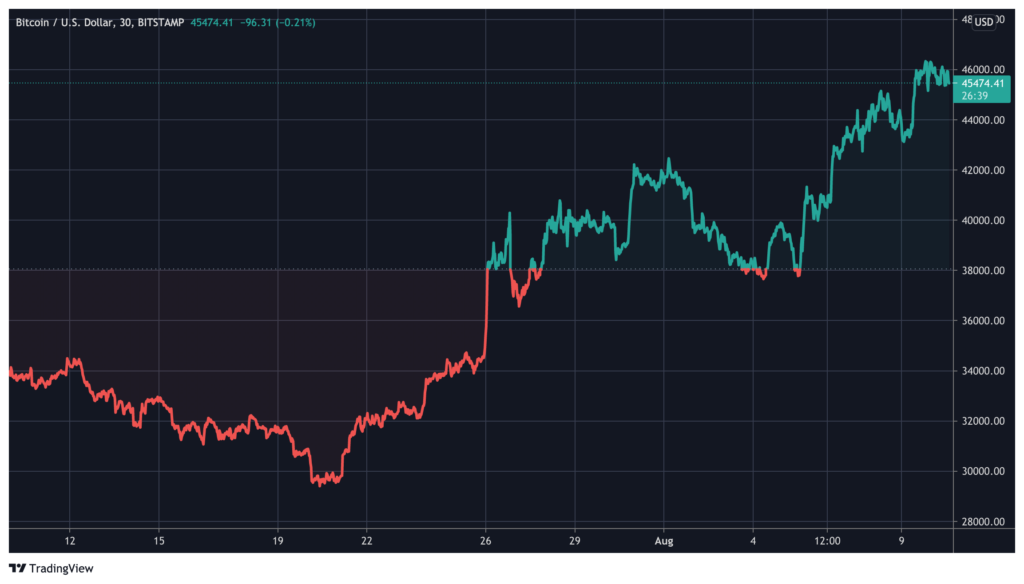 In the wake of this news, Bitcoin’s price spiked hitting $45,500 as AMC share price surged to temporarily hit $36 before recoiling. The $34 zone is now acting as a strong resistance for the stock but is expected to be breached soon.

The colossal film company becomes one of the largest players in the entertainment industry to openly accept cryptocurrencies in their business model setting an impacting precedent that could see more players in the sector follow suit.

This announcement marks the beginning of a partnership between two highly speculative assets, with AMC seeing its yet largest rally in May, which was sparked by the notorious Reddit’s WallStreetBets forum seeing the company’s shares skyrocket posting a 390% gain in a record eight days a few months after the community ignited a similar bull run in January for the Gamestop stock. Bitcoin on the other hand had just hit $64,800 in April a few points shy of $65,000 after a 130% bull run this year.

In a recent report by Glassnode, a large number of institutional investors seems to be pouring into the crypto space with companies such as Tesla expected to resume accepting payments in Bitcoin once the 50% energy consumption threshold is met. Apple also seems to be loosening its stand on cryptocurrency as Coinbase reportedly started allowing users to buy crypto using Apple Pay on Thursday.