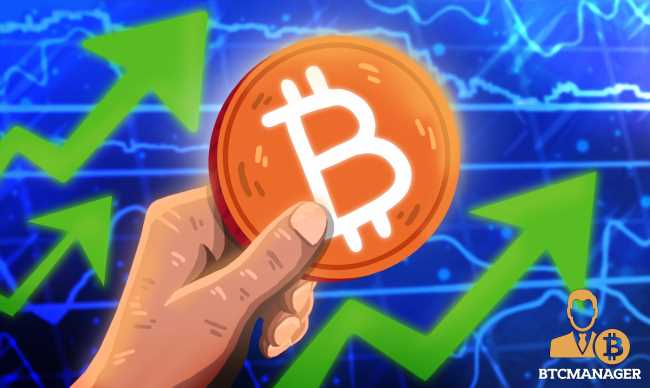 Bitcoin continues to surge as the bulls eye $50,000 figure as the next major resistance.

Bitcoin Close to Smashing Through $50,000

Premier cryptocurrency bitcoin has been on a steady rise for the past few weeks and if the momentum is anything to go by, it won’t be long before the $50k resistance is smashed for good.

In addition to the aforementioned, the orange coin has displayed a strong recovery including its movement past its 200-day moving average earlier this month hinting that the psychological resistance of $50,000 might be in cards for the bulls to conquer soon.

Further, the total market cap of bitcoin has also risen above $900 billion and looks to capture the $1 trillion market cap once again.

Institutional Adoption on the Rise

The rise in bitcoin’s price can be attributed to the rapid pace of institutional adoption of the largest cryptocurrency by market cap.

Of late, a number of institutional investors have been warming up to bitcoin as a hedge against inflation and a reliable store of value to tackle any ‘black swan’ events.

A trend started by business intelligence firm MicroStrategy, a greater number of corporations are following suit to add crypto assets to their balance sheet to diversify their asset holdings.

As the close followers of the industry might remember, Elon Musk’s Tesla announced earlier this year that the company had bought BTC worth a whopping $1.5 billion and that the company would also allow customers to pay for Tesla models with bitcoin.

However, soon enough the company discontinued the service citing bitcoin’s energy-intensive mining. Fortunately enough, however, at the recently concluded ‘The B-Word’ conference, Musk said that Tesla would ‘most likely’ resume the bitcoin payments service soon.

Similarly, Wall Street giants have also been vying to add bitcoin to their list of offerings on the back of the rising demand from accredited investors and private clients.

As recently reported by BTCManager, Wells Fargo had filed for a passive bitcoin fund with the U.S. SEC.