On Wednesday, Bitcoin logged a supersonic bull run, hitting $13,000 for the first time in 15 months. The rally started after PayPal announced its foray into the cryptocurrency sector, leading analysts to believe that the $138 billion global payments firm drove the latest Bitcoin adoption.

But at least one of them disagreed. In a tweet published earlier Thursday, the pseudonymous analyst claimed that Bitcoin went upwards because of an abundant supply of Tether’s stablecoin, USDT.

“I don’t believe that the recent BTC rise occurred due to the PayPal news,” he said. “It more looks like a “Xi-pump” in October 2019.” 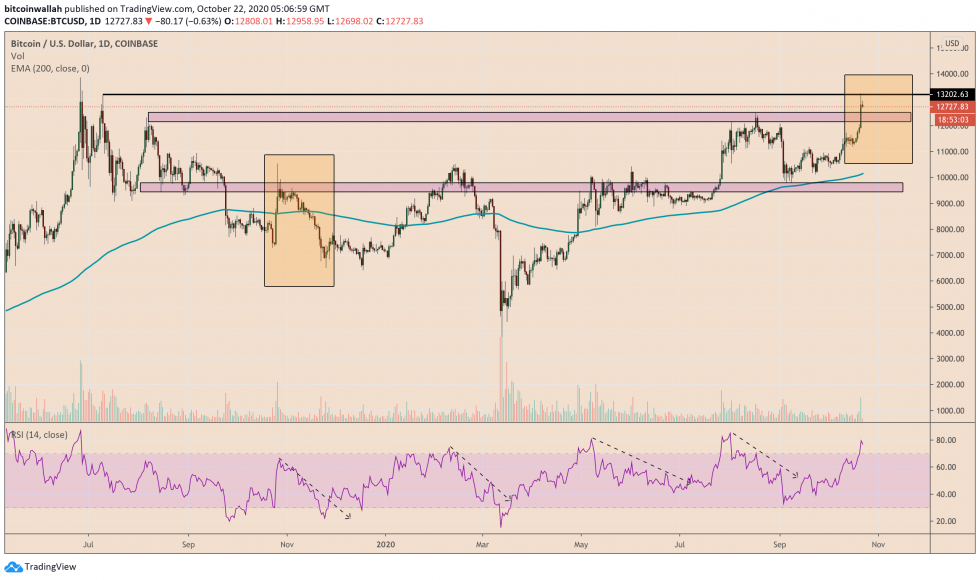 With “Xi Pump,” the analyst was referring to a Bitcoin price rally in October 2019. Back then, China’s premier Xi Jinping endorsed the cryptocurrency’s underlying blockchain technology in a public event. That shortly followed a 40 percent price surge, a move that later reversed its direction entirely amid renewed sell-offs.

The pseudonymous analyst noted that the PayPal pump is no different than the Xi one. They both coincided with an increasing supply of USDT. It means that the capital that was already inside the cryptocurrency market got channeled towards Bitcoin. No significant money entered the space from the outside.

Pitting Tether’s market capitalization against the Bitcoin price trends showed a stark correlation between the two. The analyst noted that an increase in USDT supply always led to the BTC/USD rates higher. But when the stablecoin’s curve flattened or dropped, BTC/USD plunged in tandem. 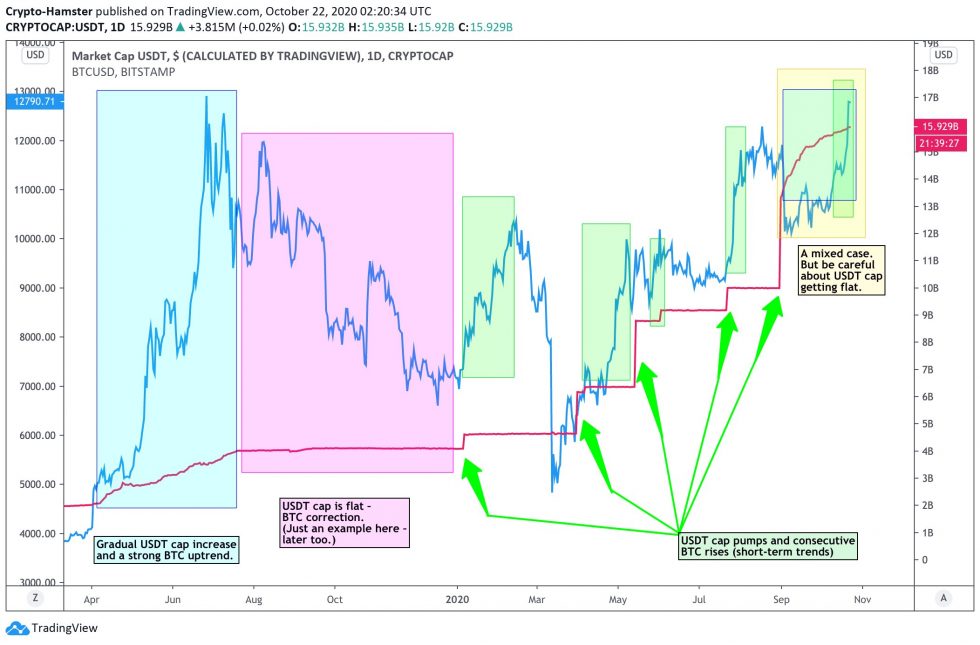 The cautious tone propelled by the pseudonymous analyst appeared well-spread across the cryptocurrency market. A prominent daytrader favored the PayPal-led Bitcoin price rally but expressed constraints over the crypto’s ability to hold $13,000 as its new support.

“Until BTC closes and holds above $13K, I’m not betting on ATH test,” he said. “Paying close attention, IF (ONLY IF) I trigger short set-ups in the coming days around or above that level, I will be inclined to hold as a short swing. I could see the corn go as low as 8k area worst case.”

Another daytrader reminded the community about the missing candles on the CME Bitcoin Futures chart near $11K. The community believes that Bitcoin fills those so-called gaps 98-99% of the time. That means the crypto could correct lower towards the $11,000-region.

“They will eventually be filled, which is why I think entering long term buys above 13K is a terrible idea,” the trade wrote.

Bitcoin was trading at $12,790 at the time of this writing, down 3.5 percent from its year-to-date high.