Open interest, also known as OI, in Bitcoin options, which shows the total number of contracts across all exchanges, has once again passed the $2 billion mark, as the popular derivatives data provider Skew reported.


The figures are now on the way to surpass the unprecedented high level that was registered on July 30 of 2020, which means that a larger amount of money is now flowing into this booming market sector. 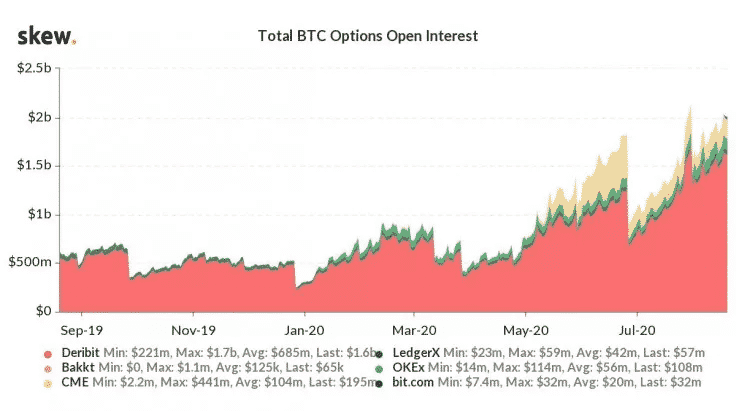 Major Developments in the Options Markets

Dutch trading platform Deribit is still an undeniable leader when it comes to Bitcoin options, as it has a colossal of 80 percent of market share.

Bit.com, the derivatives exchange established by Singapore-based company, Matrixport Technologies, also rolled out Bitcoin options on August 17th. The new entrant now takes 2 percent of the total OI, easily getting closer to edging out LedgerX, which occupies 3 percent as of now.

CME and OKEx are in second and third place, respectively, with the former now answerable for a tenth of the blooming options market. 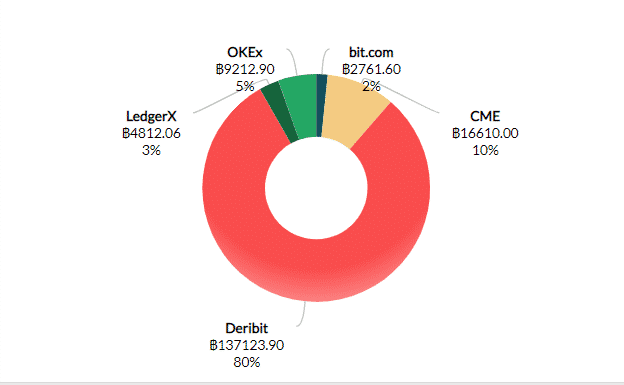 As normal, nothing but tumbleweeds can be observed in Bakkt’s corner as the open interest and volume of the Intercontinental Exchange-owned exchange continues to come to literally zero.

Dissimilar to futures, options, as the name itself says, make it possible for market participants to bet on Bitcoin’s future moves without having any obligation to actually carry out with the trade. 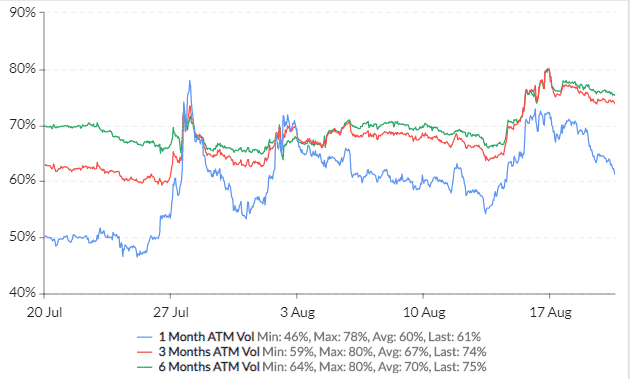 After going up to a new yearly high price of $12,477, the king crypto coin rally was faced with a pause. The largest cryptocurrency in the world is now changing hands at $11,815 on the Bitstamp exchange after its price slightly recovered.​