The price of cryptocurrency Monero has soared nearly 25% in just a week’s time. In the final days of February, Monero traded for around $275 per token. By March 3, its price climbed as high as $356 on heavy trading volume.

Heading into the third month of 2018, Monero was one of only a few of the 20-largest cryptocurrencies by market cap to have made gains. One potential reason for this upswing? An impending hard fork for Monero, slated to take place on March 14.

MoneroV is a new iteration of the familiar Monero token, slated for introduction on March 14. As part of the hard fork, Monero holders are set to receive 10 coins of MoneroV for each Monero token they own at the time of the split. This may explain why investors are looking to stock up on Monero in the days and weeks leading up to the fork: more Monero tokens now means more MoneroV tokens later on. 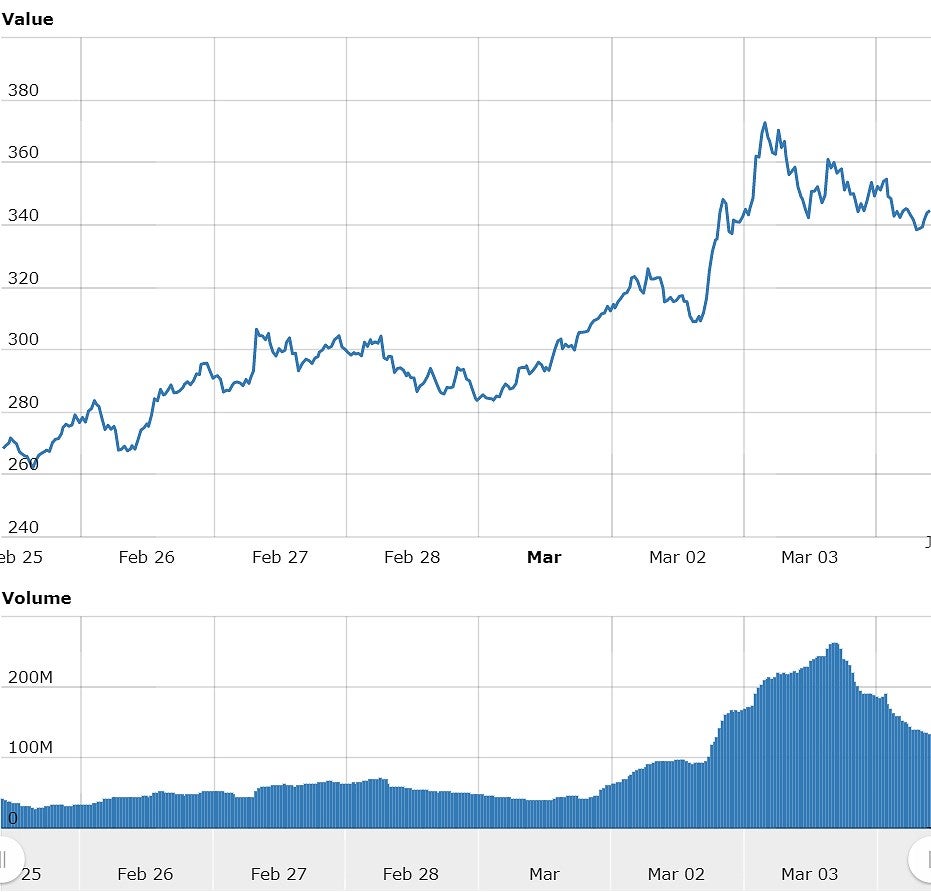 Hard forks are relatively commonplace among cryptocurrencies at this point, so there is some reason to question why Monero’s impending fork has caused a commotion in the markets. This may be at least partly attributable to Monero’s strength relative to other cryptocurrencies.

Since its creation in mid-2014, Monero has developed a reputation as a cryptocurrency focused on privacy and security. According to NDTV, Monero’s blockchain utilizes at least 3 techniques to protect privacy. First, ring signatures are used to disguise the sender’s identity, while stealth addresses also hid the recipient at the other end of the transaction. (See also: What Is Monero (XMR) Cryptocurrency?)

Finally, Monero’s blockchain also works to hide the amount of the transaction as well. Altogether, Monero provides greater degrees of privacy than a more transparent blockchain system, such as one associated with bitcoin. But this anonymity and privacy has also led Monero to become a cryptocurrency of choice among hackers and other criminal enterprises. (See more: Monero: For Black Markets Where Bitcoin Isn’t Anonymous Enough.)

Details about MoneroV remain scant. The new token’s website suggests that it is going to have a limited supply (in contrast with the unlimited supply of Monero). Like most other hard forks, it will also aim to address issues of scalability in its parent coin.

Other than that, though, MoneroV remains somewhat of a mystery. That has not prevented investors from stockpiling Monero in an effort to build up their anticipated stakes in MoneroV, however.

Investing in cryptocurrencies and Initial Coin Offerings (“ICOs”) is highly risky and speculative, and this article is not a recommendation by Investopedia or the writer to invest in cryptocurrencies or ICOs. Since each individual’s situation is unique, a qualified professional should always be consulted before making any financial decisions. Investopedia makes no representations or warranties as to the accuracy or timeliness of the information contained herein. As of the date this article was written, the author owns bitcoin and ripple.