American Bitcoin enthusiasts won’t be pleased to hear tax season is on the horizon again. A lot of holders are struggling to file capital gains taxes, as has been the case for several years now. An interesting report by Fundstrat shows US citizens owe the IRS an estimated $25bn in cryptocurrency. Additionally, this new form of money represents 20% of 2017 US capital gains.

Bitcoin has proven to be an interesting form of money. Even the IRS will have to agree with that statement. The agency cashed in on a lot of extra revenue last year. With US citizens filing capital gains taxes, it became evident a lot more people bought Bitcoin and other currencies. Fundstrat statistics indicate a lot of people bought cryptocurrency throughout 2017.

Given the wicked price rush last year, that is not surprising. Unfortunately for speculators, they owe the IRS taxes for all gains and losses made ever since. It is estimated the total capital gains tax owed sits at $25bn for the entire nation. A rather steep amount, to say the least. It also goes to show popular Bitcoin has gotten over the past few years.

Whether or not Americans will file those capital gains taxes, is a different matter. A lot of people still struggle to incorporate Bitcoin gains and losses in this regard. Additionally, there will always be individuals who simply don’t admit they have bought Bitcoin. Given the lack of privacy and anonymity in Bitcoin, that may not be the best idea.

How all of this will affect the cryptocurrency industry, remains unknown. Taxes owed need to be filed and paid, that much is simple. At the same time, a lot of people also lost money compared to late last year. It is evident the IRS will keep a close eye on the tax filings it receives. Rest assured they have a good idea of who bought Bitcoin and in what quantity as well. Evading taxes is never a smart idea, especially not where Bitcoin is concerned. 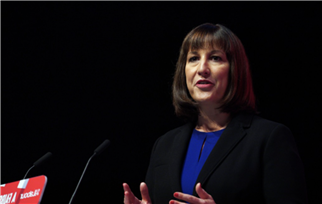