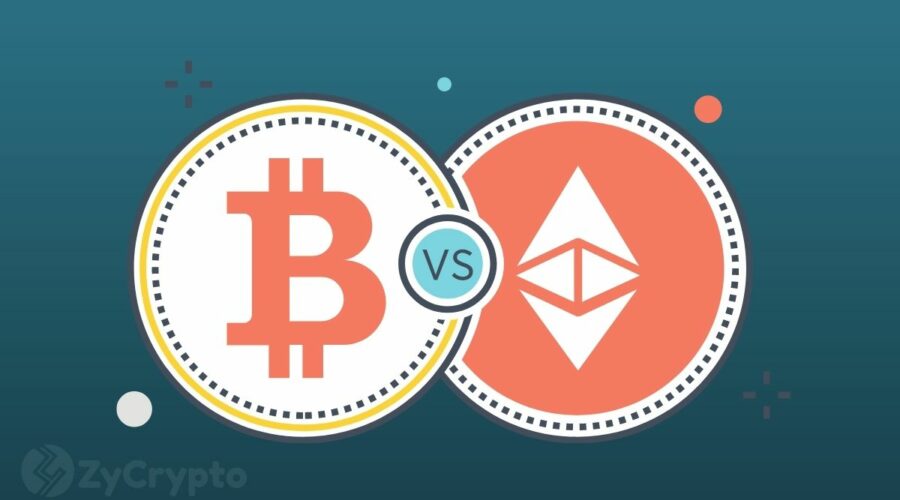 Following the latest round of green rebounds that has ushered the crypto space into a long-awaited season of lustrous gains, Ethereum is set to lead the pack and edge out Bitcoin, the crypto market leader.

The rain of gains which began in late July, intensifying throughout the first ten days of August, saw Ethereum refuse to be eclipsed in Bitcoin’s spotlight as it ascended the charts with over 60% additional value increase, adding >$1000 to its value in less than seven days. 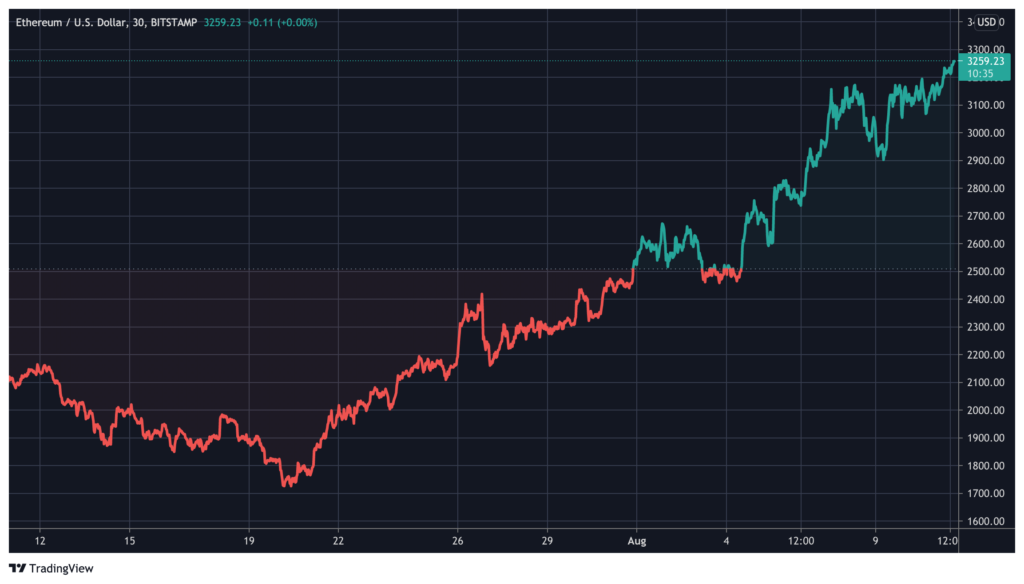 A large part of the reason for the growing dominance of the world’s number two cryptocurrency is its expansive range of value offered.

Over 70% of all DeFi and DEx protocols which have so far chalked up over 170% value increase since the start of the current run are hinged on its expansive chain network—something largely absent with Bitcoin.

This has spurred a beehive of activities around the network, multiplying its relevance and setting it up for long-term sustainability beyond the trading of Ether coins.

In the quest to topple Bitcoin from its number one spot, Ethereum has already proposed steps to make sustainability and improvement a constant. The latest series of Ethereum Improvement Proposal (EIP) upgrades codenamed ‘London Fork‘, the blockchain network has been developed as a satisfactory answer to global energy concerns, also helping to scale up its service, power-up value increase by intensifying relative scarcity, and cushion against uncontrolled price volatility which is one of the grey areas to the most widely used network.

With EIP 1559, 3524, 3551, 3529, 3541 users will benefit from a much larger block size that can contain much more transactions on the network, while all exploitative tokens will be rendered obsolete with the new upgrade.

The new changes also affect energy-intensive on-network miners and the pattern of reward system which has been upgraded to a Maximal Extractable Value (MEV) system and may lead to recorded losses as a trade-off for energy compliance.

The network has been able to tap into the escalating buzz hovering around crypto to hold the attention of millions of investors, traders, and developers who wish to reap significant gains from their investment in Ethereum.

Before the release of this latest upgrade, part of the frenzy that rocked its announcement was the anticipation of Ethereum’s switch from proof of work(PoW) to proof of stake (PoS). Ethereum and Bitcoin remained for a long time, the biggest users of the proof of work mining system which rewards problem-solving miners with tokens.

Ethereum has suspended the proposed switch till late 2021, while it is unclear if this is as a result of further testing requirements or a cautious withdrawal in the light of the US Congress clampdown on PoS-based cryptocurrencies.

While Bitcoin positively responds to the bullish trend, it still nurses scars from a badly hit April, May, and June. The apex coin lost one of its biggest markets to asphyxiating regulations and continues to be criticized for its energy-intensive process.

Bitcoin may have the dominance but Ethereum has the performance, and that’s the most important spotlight to take at the moment.