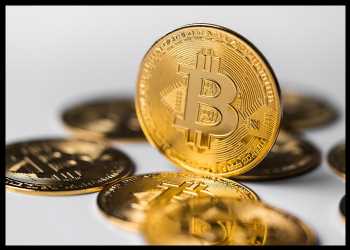 Crypto markets dropped more than a percent amidst the shockwaves generated by the news of a crypto heist in the blockchain bridge of popular crypto game Axie Infinity. Axie Infinity’s AXS, a crypto token tagged to the Metaverse, NFTs and Collectibles, Play to Earn and Gaming categories plunged around 8 percent after reports emerged that hackers had stolen more than $600 million from the Ronin Network blockchain that runs the Axie Infinity game.

What has added to the shock is that the exploit, wherein 173,600 ETH and 25.5 million USDC were taken by hackers in two transactions on March 23, has been discovered only six days later. The $614 million heist, is a tad higher than the $611 million PolyNetwork hack, in which the hackers eventually returned the stolen crypto.

The modus operandi of the crime, in which hacked private keys were used to forge fake withdrawals has sent alarm bells ringing and raised questions about the safeguards in place. Though five of nine validator thresholds were required for withdrawal, the attacker managed to get control over Sky Mavis’s four Ronin validators and a third-party validator run by Axie DAO.

Ronin Network, a bridge that allows players to exchange assets in the Axie Infinity realm and money between the Ethereum and Ronin blockchains has also been developed by Sky Mavis, the developer of Axie Infinity. RON, the native crypto of the Ronin Network, ranked 2923 among all cryptos is currently down almost 20 percent.
Blockchain bridges aim to connect two completely different blockchains by allowing the seamless transfer of data or tokens between two different blockchain projects.

43rd ranked Axie Infinity (AXS) is trading at $64.94, down more than 7 percent overnight. Top ranked cryptocurrencies in the Metaverse/ NFT categories viz Decentraland (MANA) is down 3 percent, Theta Network (THETA) is higher by 2 percent and The Sandbox (SAND) has plunged 5 percent.

Meanwhile, in a recent publication, ESET Research has reported discovering and backtracking a malicious scheme designed to steal cryptocurrency from Android and iPhone users. ESET, which has more than 30 years of experience in developing IT security software and services said the sophisticated malicious cryptocurrency scheme targets mobile devices using Android or iOS operating systems (iPhones).

The malicious apps were distributed through fake websites and mimicked legitimate wallet services like Metamask, Coinbase, Trust Wallet, TokenPocket, Bitpie, imToken, and OneKey. These were promoted with ads placed on legitimate sites using misleading articles, and via Telegram and Facebook groups.

ESET claims that it was a sophisticated attack vector since the malware’s author apparently carried out an in-depth analysis of the legitimate applications misused in the scheme, enabling the insertion of their own malicious code into places where it would be hard to detect, while also making sure that such crafted apps had the same functionality as the originals.

ESET also claimed that based on its request as a Google App Defense Alliance partner, Google removed 13 malicious applications found on the official Google Play store.

It remains to be seen whether the trail of the heist and the close pursuit would prevent the hackers from unloading the stolen crypto or whether technology would obfuscate the trail to allow the hackers to get away with the stash.