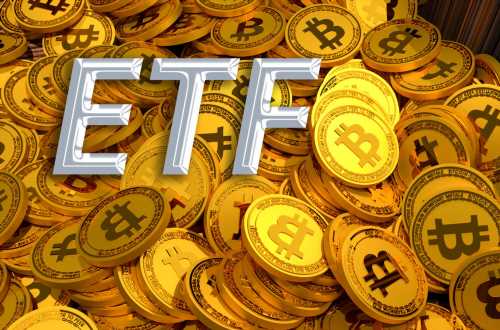 Recently, Live Bitcoin News reported that Canada had introduced the world to the first bitcoin-based exchange-traded fund (ETF). The product has only been around for a few days, and already it’s smashing records and has sold more than $165 million worth of shares through the Canadian stock exchange, otherwise known as the TSX.

Canada’s ETF Is Making Headway for Other Products

A bitcoin ETF has been the envy of every major crypto firm throughout the United States and North America over the past few years. Many firms sought to take the lead on introducing such a product to the world, with companies like Bitwise and Van Eck coming close enough to at least earn consideration from agencies such as the Securities and Exchange Commission (SEC).

Many times, traders believed that the introduction of such a product was right around the corner. Sadly, things never quite came to fruition. These and other companies were always left out in the dark in a big, heaping pile of disappointment. It has taken years for any sort of definitive action to occur, and even now, it has not happened in the U.S., which hosted most of the attempts in recent years.

This is further proof that crypto regulation in the United States needs a strong update.

Either way, Canada is now reaping the rewards and benefits associated with introducing the product to the financial space. Known as the Purpose Bitcoin ETF (BTCC), nearly ten million shares were traded on the first day of the product’s launch. It is presently one of the biggest securities on the TSX.

And with bitcoin’s recent surge to the $54,000 mark, it looks like things are only going to get better.

The ETF was approved by Canadian regulators on February 12. It presently trades in both Canadian and U.S. dollars. It also seems to have set up a serious trend, as fellow financial firms in Canada are now getting a greenlight on ETFs of their own. The most recent company to garner approval is Evolve Funds.

Som Seif – chief executive of Purpose, the company behind the available ETF – explained in a statement:

We are so happy to be able to offer this innovation to investors, making the process of owning bitcoin easier than ever. We believe bitcoin, as the first and largest asset in the emerging cryptocurrency system, is poised to continue its growth trajectory and adoption as an alternative asset, further cementing the investment opportunity it presents.

Not Everyone Is a Believer

While all this is being looked at as good news by most investors and industry experts, the product is not without its detractors. One figure showing doubt is Adrian Patten, the chairman and co-founder of Cobalt, a foreign exchange company. He comments:

The same stumbling blocks that prevented [big players] from earlier adoption are still there.