Blockstream, a leading blockchain technology company and the biggest funder of Bitcoin [BTC] has been accused of working with former National Spies by David, an author on Yours org.

The allegation states that the company hired Bill Scannell, a former National Spy of the United States, as a consultant in order to run ‘intelligence and counterintelligence operations on the Bitcoin community’.

The post also points out that during a presentation regarding spying intelligence focused on SIGINT/HUMINT, there was a message on one of the logos regarding the lightning network community. The logo had the inscription, ‘I got Lightning Network but all I got was this sticker’. 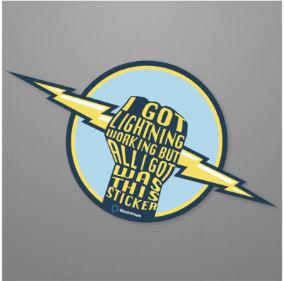 Logo presented during the speech || Source: Yours Org

The Chief Strategy Officer of Blockstream, Samson Mow has also been accused of being a part of the operations. The allegation against Samson sparked after he was constantly seen around Bill Scannell.

“This guy was with Samson when I had the debate with him in Seoul. He was clearly Samson’s handler at the event [Deconomy].”

Blockstream was started by the Bitcoin protocol developers, Pieter Wuille, Gregory Maxwell, Adam Back, Mark Friedenbach and Matt Corallo. The company is a non-distributing corporation and has more than 50 shareholders. The post claims that after a couple of months of its initiation, the company received $50 million in funding from top venture capitalists.

The main investors of Blockstream are:

Horizon Venture is the lead investor in the company. Apart from Adam Back, the Co-Founder of Blockstream Board of Directors is run by bankers.

The long-term developers of Bitcoin founded the company as there was a shortage of trustless cryptographic infrastructure for the Bitcoin ecosystem. The company’s two main projects are the Lightning Network and Sidechain. Sidechain is an extension of a pre-existing blockchain and improves the privacy and performance of the blockchain. Sidechain validates the transaction data of Bitcoin or other cryptocurrencies which is sent from one blockchain to the other.

Blockstream is accused of censoring topics related to the scaling of Bitcoin to more than the 1MB on /r/Bitcoin, Bitcoin Talk, mailing lists, wikis and many other channels. This led to a huge controversy on the sub-Reddit as a lot of posts started disappearing.

The majority of people claimed that Thymos, the owner of the Bitcoin sub-Reddit had tied up with the members of Blockstream to censor and control most Bitcoin communication channels and allegedly, all the censors have been in favor of Blockstream. However, the Blockstream team has outrightly denied any involvement with Thymos.

This is not the first time one of the members of Blockstream has been accused of manipulating the Bitcoin community. Previously, there has been an accusation of connections between Thymos, BitcoinTalk moderator and a Blockstream employee. The allegation states that Thymos paid a part of the money embezzled from the forum to the Blockstream employee, Warren Togami.

“Censorship directly tied to Blockstream. Thoroughly rotten to the Core as it seemed.”

The reason for censoring posts related to scaling the Bitcoin blockchain is to scale the use of the sidechains. Reportedly, Blockstream is running its own program to control Bitcoin [BTC] and profit from it.

Following this, according to a post written by Jeff Garzik, a Bitcoin Core developer, Bitcoin is being ‘Hot-Wired for Settlement’.

The blog written by the core developer states that the block size limit of Bitcoin would not change and because of this, the transaction fees increased. Due to this, the Dev decided that it was necessary to change the Bitcoin’s economic system with healthy competition while maintaining the block size. This resulted in Bitcoin Devs proposing a new roadmap.

David Shares, an employee at Bitcoin.com said that for Blockstream to be successful and the sidechains to work, Bitcoin’s blockchain has to be artificially be kept at a low capacity.

To all allegations thrown on Blockstream, the CSO of the company, Samson Mow said: