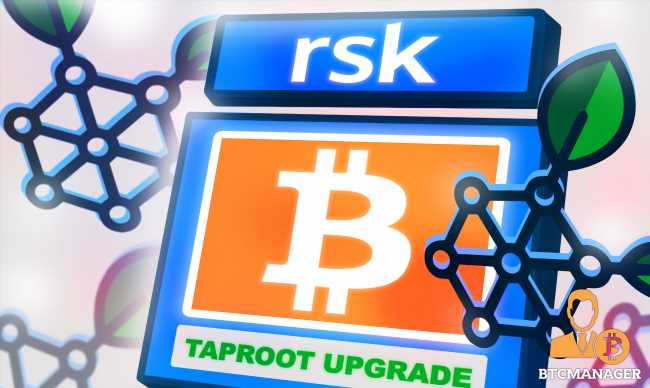 Set for release in November, the Taproot technical upgrade for the Bitcoin network promises greater transaction privacy, efficiency, and the introduction of smart contracts on the network, helping RSK advance its value proposition in the DeFi arena.

Following universal support from miners and stakeholders, Bitcoin, the world’s largest cryptocurrency, is finally receiving its biggest technical upgrade in four years. Taproot, one of the most anticipated upgrades for the Bitcoin network since introducing the SegWit upgrade, is due for release in November.

With the Taproot and the related Schnorr Signature update, the Bitcoin network will finally strengthen its privacy, security, and scalability features. More importantly, the Taproot upgrade will unlock the blockchain’s potential to support smart contracts, a game-changing feature that will support thriving DeFi ecosystems on its network.

As of now, the majority of the DeFi projects are built on Ethereum, primarily since Bitcoin wasn’t equipped to support the needs of developers building dApps for the DeFi ecosystem. However, with the introduction of RSK, the smart contract blockchain secured by the Bitcoin network, projects can leverage the trustless and transparent decentralized finance opportunities offered by Bitcoin to a greater extent.

In recent years, the RSK ecosystem has proliferated, revealing the fact that there is considerable demand for DeFi on the Bitcoin Network, ultimately transforming Bitcoin from a speculative asset to a viable currency. Since its inception, the platform has played a critical role in adding value and functionality to the Bitcoin Contracts ecosystem by enabling smart contracts, immediate payments, and higher scalability. As of April 2021, the platform has achieved 72% hash power, making it one of the most noteworthy layer two (L2) platforms on the Bitcoin network.

As the RSK network combines the best features of Ethereum and Bitcoin, developers can easily migrate and integrate existing dApps. Currently, running smart contracts on Bitcoin’s blockchain is both expensive and time-consuming. The RSK Network has overcome this challenge to an extent, but with the Taproot upgrade, there are high chances that the leading Bitcoin-secured smart contract platform can further optimize costs and transaction throughput.

One of the core benefits of the Taproot upgrade is that it will ensure significantly reduced transaction fees. While other features like privacy and security benefit the entire community of Bitcoin users, affordable transactions also support RSK users directly, as the platform allows users to perform peg-in and peg-out transactions.

Using the RSK network, developers can currently implement smart contracts to enable instant transactions, which are typically faster and less costly. The Taproot upgrade will introduce Merkel Branching (MAST) technology and Schnorr Signatures, features designed to improve the efficiency and privacy of transactions.

By virtue of the core upgrade on the Bitcoin network, RSK can expand its number of pegnatories while still maintaining the exact peg-out transaction costs. However, to benefit from the Taproot upgrade, RSK will likely need to upgrade its network and most probably its PoWHSMs as well.