Bitcoin’s bumpy ride in recent months may have cost it the Hold On for Dear Life (HODL) meme. The phrase, which at first was a forum typo by a drunk bitcoin trader, has evolved to refer to a bitcoin believer, an investor or trader who holds onto the cryptocurrency through wild price swings. 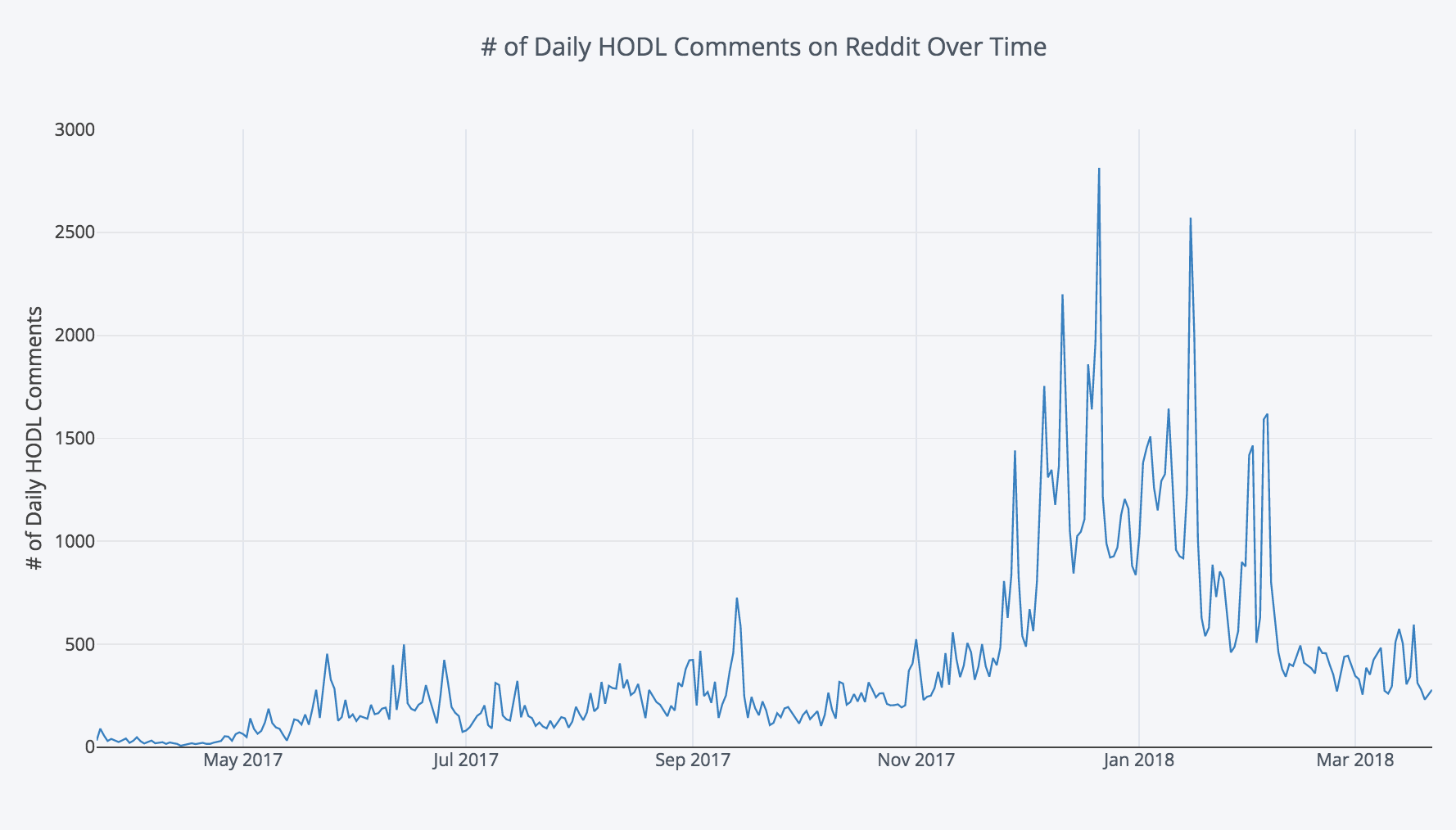 “Is HODL a dying meme? Or are investors’ spirits low after a tumultuous bear market in the last few months and simply cannot muster the energy to rally behind HODL as they did before?,” writes Anthony Xie, the user behind the data analysis, in a Medium post. “When I posted this data on Reddit, it seemed that many who had loved the meme now had nothing but scorn for it.”

The Relationship Between HODL Mentions And Bitcoin Price 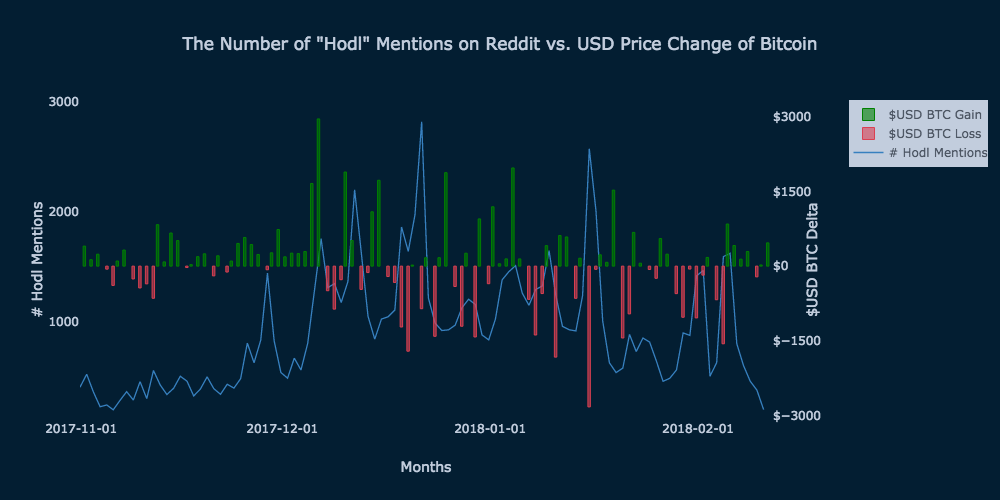 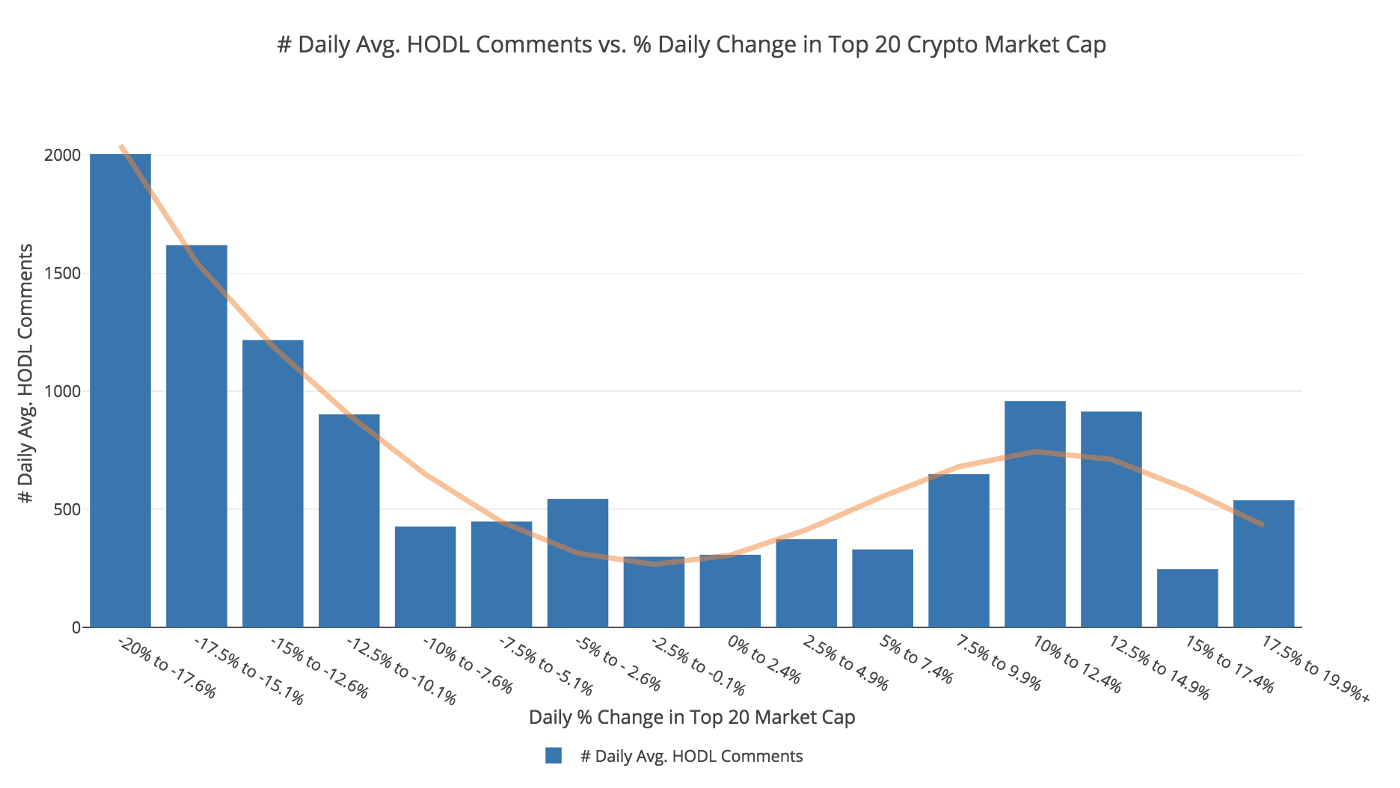 Investing in cryptocurrencies and other Initial Coin Offerings (“ICOs”) is highly risky and speculative, and this article is not a recommendation by Investopedia or the writer to invest in cryptocurrencies or other ICOs. Since each individual’s situation is unique, a qualified professional should always be consulted before making any financial decisions. Investopedia makes no representations or warranties as to the accuracy or timeliness of the information contained herein. As of the date this article was written, the author owns 0.01 bitcoin.