The U.S Presidential Election nears a conclusion and this particular geopolitical event has had a conventional impact on the markets over the past few years. 2020 is a little tad special because of its general economic instability and unlike the last time in 2016, Bitcoin is in the general line of impact.

Initially, many feared that a Biden victory would lead to a declining stock market as the democrat-controlled government would be pushing through corporate tax increases and increased spending. However, such concerns have subsided over the past month.

Now the main question was how much will Bitcoin be affected?

24-Hours: A little bit of turbulency?

Right after the results, the traditional stock market is expected to react, no matter who wins. S&P 500 dipped a little before the closing of last week’s trading session. Bitcoin has dropped down under $13,300 as well, and considering Biden wins the elections, a minimal sell-off of 2-3% was expected off S&P 500. A temporary shake off for Bitcoin might witness a drop below $13,000 or even $12,500, but it will not leave a lasting effect.

According to Ed Yardeni, Yardeni Research President, he expected the market to get-over its pain-sell off period and indicated new yearly highs for S&P 500 at the end of 2020. He speculated that the S&P 500 would reach 3,500 yet again and a target of $3800 was expected by mid-2021.

Amidst all these factors, Bitcoin remains in the clear. While an argument can be made that BTC-S&P 500 has been less-correlated over the past month, BTC has never declined whenever S&P 500 has picked up the pace. 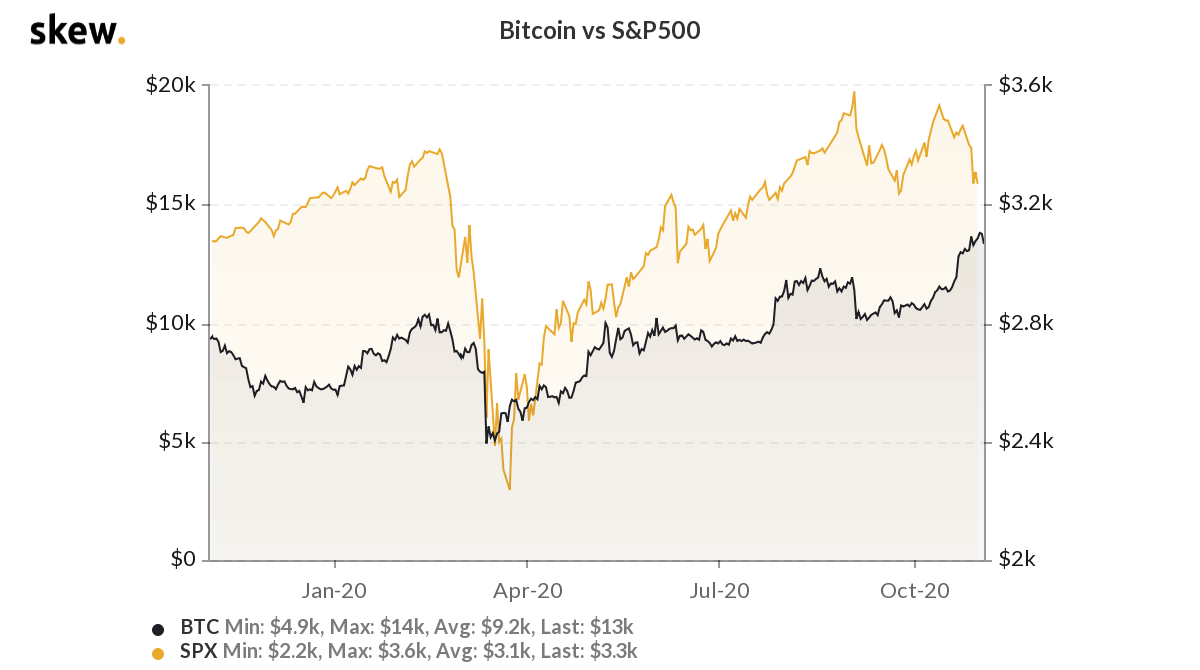 Bringing light to the previous argument, here is a comparison chart between Bitcoin and S&P 500. While the traditional stock has dipped during a period when BTC has risen, BTC has never faced a depreciation when the S&P 500 has been on a rise. It can be an advantageous trait for BTC, as the post-election period will clarify the economic policies for the country.

With the absence of further geopolitical events in the near future, it can be a vital period of growth of Bitcoin. The asset is already outperforming all asset class this year, and 24 weeks(i.e 6 months) after the elections, Bitcoin may probably attain its new all-time high.

Halsey Gets Candid About Grammy Nominations, The Weeknd Snub: “It’s Not Always About The Music Or Quality Or Culture”