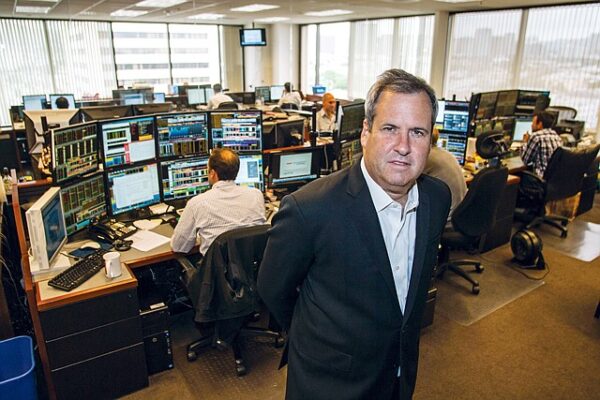 We asked for further explanation as his focus was on bitcoin stocks, with Pipes increasing his price target on Marathon Digital (NASDAQ: MARA) from $47 to $52. It currently trades at $30.

Likewise he is bullish on Riot Blockchain (NASDAQ: RIOT), targeting $51 from a previous $44 with it currently trading at $36.

Both are due to China kicking out bitcoin miners, with the network hashrate currently estimated at 87.58 EH/s, significantly lower than the 180 exahashes during the peak in May.

“We are increasing our numbers for RIOT in order to mirror the updated industry assumptions. In our opinion, RIOT is uniquely positioned to capitalize on the declines in network hash rate due to its strong growth potential following the Whinestone acquisition,” Pipes said.

“We believe the fair value for digital asset miners is in the low to mid-double-digit EV/EBITDA multiples—implying strong entry points for investors interested in the space,” the analyst said.

The stock performance of bitcoin miners has nonetheless mirrored to the dot bitcoin’s price, with no apparent pricing in due to this expected hash adjustment.

The pricing-in theory however has largely been dispelled by bitcoin which never reflected expected gains due to halvenings falls in supply, with some in this space starting to consider those economics models as largely fiction.

Yet as bitcoin is quite different from other financial instruments, there could have been an argument that it alone doesn’t abide.

However, with now there being a fairly unique pricing in scenario for stocks – which have generally halved in price just like bitcoin, but now get a halvening of sorts – there may be grounds to revisit the entire ‘rational’ model and its many assumptions which don’t quite seem to be reflective of observable data.

But whether that will indeed be the case remains to be seen once the hashrate halvening kicks in.