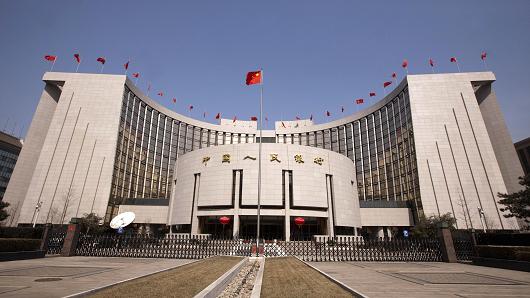 During the last couple of weeks, the Bitcoin price continued its bullish run, with its value shortly exceeding the threshold of USD 5,000 per unit. Yet, it seems like regulatory issues in countries with massive trading volumes can have a strong impact on the value of Bitcoin.

One of such for example is China, as the price of Bitcoin fell by around 11%, after Chinese regulators decided to ban all organizations raising funds through initial coin offerings, also known as ICOs. For those who do not know, ICOs are a great tool for start-ups throughout the world, to raise investment money by selling users tokens, or digital currencies, similar to bitcoin, for cash. The People’s Bank of China (PBoC) therefore recently ruled that this practice is illegal in China, as it reportedly constitutes an unlawful form of fundraising.

It is important to point out that this ban does not directly affect Bitcoin, as the digital currency remains unregulated from this point of view there, yet it represents bad news for the digital currency environment present in the Asian countries, as a whole. At this time, economic analysts do not believe that the move to illegalize ICOs will affect Bitcoin long-term, as start-ups can also find other ways of raising money besides crowdfunding. To put things better into perspective, the Bitcoin price index fell from around $4,585 to $4,350 shortly after the announcement was made.

Unfortunately, this is not the first move made by the Chinese government alongside with the People’s Bank of China that affects digital currencies. In fact, back in January and February of this year, the PBoC warned digital currency exchanges in the country that they would be shut down by the central authority in case they do not completely respect the anti-money regulations that have been put in place. As a result, trading on all major chinese exchanges was halted for several months.

Considering the fact that during the last couple of months the value of Bitcoin has been increasing greatly, chances are that this move will not reverse the bullish trend that the digital currency has seen up until now. It is probably only a matter of days, or weeks, before the price increases back up to its previous value, or even surpasses it once more.

Based on everything that has been outlined so far, what do you think about the PBoC’s move to ban initial coin offerings? Will this affect start-ups in the long run? Let us know your thoughts in the comment section below.