Bitcoin slipped on Friday as it looked sure to close the week at a loss in the remaining three days of trading.

The benchmark cryptocurrency was down $230, or 2 percent, to $11,279 per token by 0456 UTC. It lost 0.7 percent so far in the week. Its downside mood resurfaced as the US dollar surged and hopes of finalizing the second coronavirus deal before the presidential election faded.

The US dollar index was looking to post its first weekly gain in three. 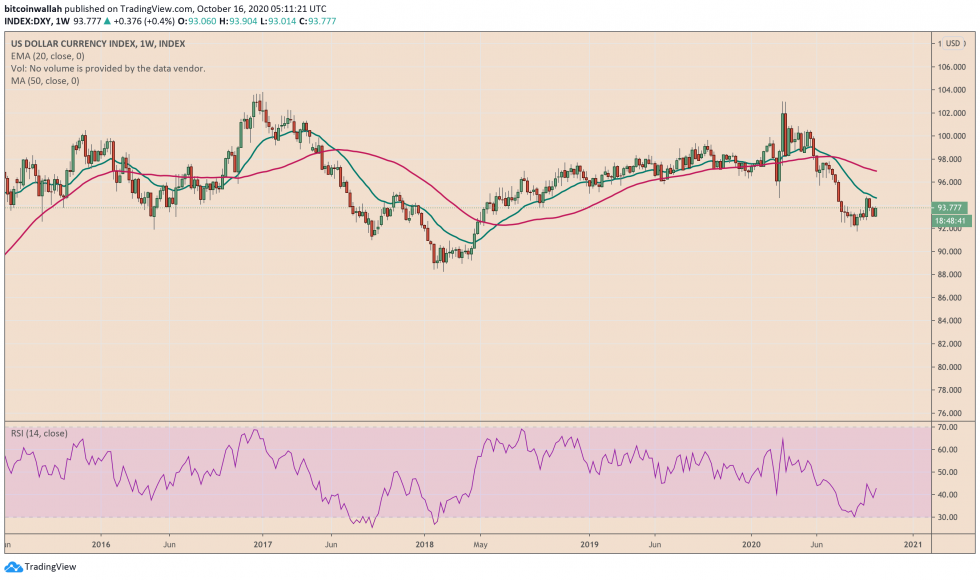 A resumption of stimulus talks earlier this week had prompted the Bitcoin price to grow by up to $1,000. Another fundamental tailwind was institutions that increased their exposure in the cryptocurrency against their long-term inflationary outlook.

But after US Treasury Secretary Stephen Mnuchin proposed to limit the stimulus size to $1.8 trillion, the deal went into another deadlock. The Democrats demanded a $2.3 trillion relief for American households and businesses that suffered losses amid the coronavirus-induced recession.

The prospect of lesser dollar liquidity raised its demand among investors. As a result, they got rid of a part of their risky allocations, impacting Bitcoin, stocks, and even gold.

However, Bitcoin fell harder than its traditional peers on Friday. Part of the reason was OKEx, an Asian cryptocurrency exchange, that suspended withdrawals after landing itself into a police investigation. 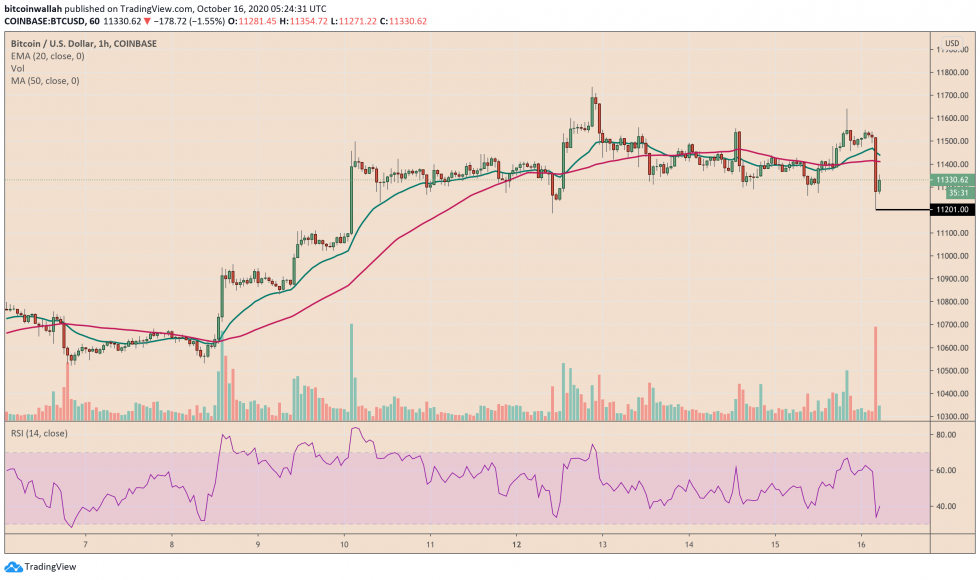 The exchange explained that one of its private key holders – those who are responsible for validating capital outflows with an extra set of digital keys – is “currently cooperating with a public security bureau.” That has limited OKEx’s authorization over the clients’ funds. The exchange assured that the capital remains safe and secure nonetheless.

Colin Wu, a China-based reporter, tweeted that an over-the-counter trader mistakenly received $74.5K worth of Chinese Yuan from a group that the police were hunting for a money laundering case.

“The Chinese government is cracking down on money laundering using cryptocurrency for telecom fraud, and centralized exchanges are in a very dangerous state,” Mr. Wu claimed.

The presence of OKEx around a supposed money laundering investigation panicked traders with low-risk appetites. Bitcoin fell by more than $300 within hours the news went to the wire.

“It is literally lesson #1 in #Crypto school,” asserted Kevin Svenson, an independent market analyst. “Not your keys, not your crypto. Bitcoin begins selling off as a result of the news.”