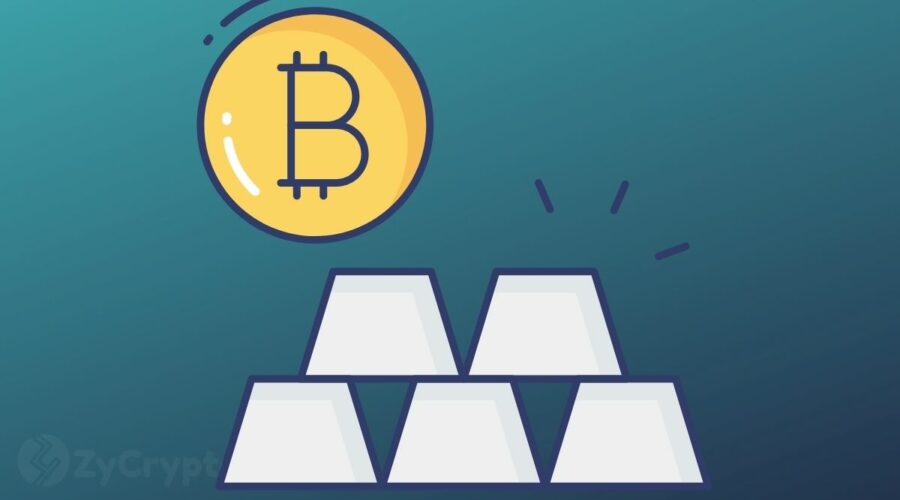 Billionaire Venture capitalist Chamath Palihapitiya has recommended Bitcoin as the ultimate inflation hedge, saying he thinks Bitcoin has “effectively replaced gold” and will continue to do so in that role.

Palihapitiya, who is the CEO of Social Capital, a serial investor, and a former senior executive at Facebook, made the statement in an interview with CNBC’s Delivering Alpha anchor, Scott Wapner.

His stance is guided by his concerns about inflation which he is hedging against with three types of assets in the meantime. Palihapitiya stated that the assets he was using as inflation hedges include hyper-growth companies stocks, cash-generating businesses, and a handful of assets, like bitcoin, that don’t correlate to the former two.

He goes on to explain that hyper-growth companies are businesses that are growing 50% or more each year, mentioning Sofi, Opendoor Technologies, and Clover Health, all of which he helped take the public through special purpose acquisition companies (SPACs) as examples. However, one important missing company among his examples was Tesla.

When questioned about hisTesla holdings, Palihapitiya who had nothing but praise for the electric vehicle company revealed that he had sold his Tesla shares to fund other investments.

Notably, Palihapitiya had previously predicted that the price of Bitcoin could tag $200,000 in the long term, but refrained from giving any predictions during this interview. He only stated that it is a “great counterintuitive hedge” that was bound to get very big and will be very hard to kill through regulations due to its entirely peer-to-peer nature.

Significantly, the Gold versus Bitcoin discourse has been long ongoing as many key market players have come to consider Bitcoin as digital gold. Some even prefer Bitcoin to shiny metal for its ease of purchase and easy portability. A Bloomberg report from April supports that this is a growing sentiment as it presented evidence that huge chunks of capital had been flowing out of the gold market and into the Bitcoin market. The article argues strongly that bitcoin has risen as an alternative anti-fiat asset, a role that was previously attributed to gold.

A more recent survey reported by Bitcoin Magazine, in which the Russian Association of Currency Brokers surveyed Russian investors to gauge their perception of Bitcoin and cryptocurrencies also supports the claim by the Bloomberg article. The survey found that the vast majority of the respondents said they prefer Bitcoin to gold and forex, with nearly 77% of those polled in the survey saying Bitcoin and cryptocurrencies are the “most forward-looking” investment on their radar.

Similarly, Robert Kiyosaki, author of the bestselling book Rich Dad Poor Dad, recently sounded a warning that investors should “get gold, silver, bitcoin and ethereum” before “the biggest crash in history.” Albeit, market sentiment in Bitcoin among some major investment figures is still mixed as some have still been sitting on the fence on Bitcoin. For billionaire Ray Dalio, bitcoin is like a digital version of gold but he still preferred the physical store of value when all factors are considered.