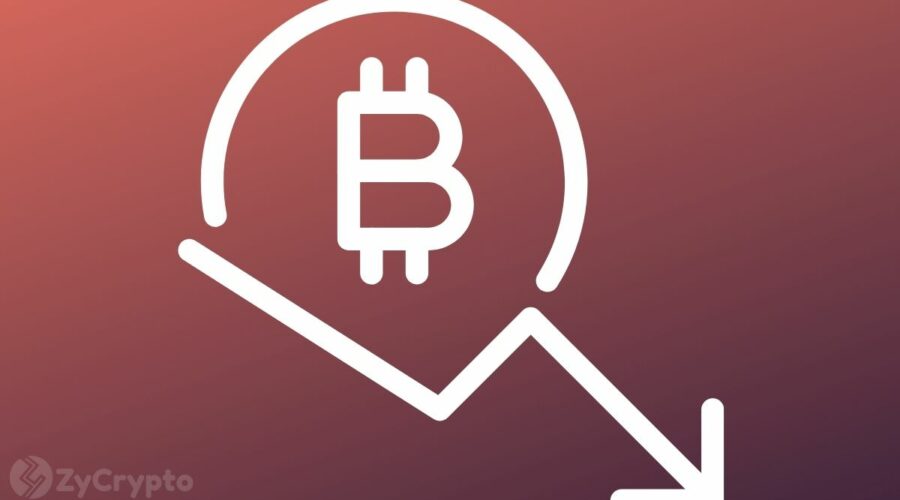 The crypto market took a steep downward turn on Monday morning, with the majority of the top cryptocurrencies posting double-digit losses amid macroeconomic weakness and risks within the cryptosphere. The bitcoin price plummeted below $24,000, its lowest level since December 2020.

Throughout the past twelve weeks, the bitcoin price has been stuck in the red territory, unable to break above strong resistance. The benchmark cryptocurrency plunged from the March $48,500 highs to under the crucial $24,000 support level today.

It showed signs of reaching a bottom last month but Friday’s higher-than-expected consumer price index inflation did little to buoy the crashing sentiment. At present, bitcoin is trading at $23,605, which represents a 24-hour decline of 13.91%. 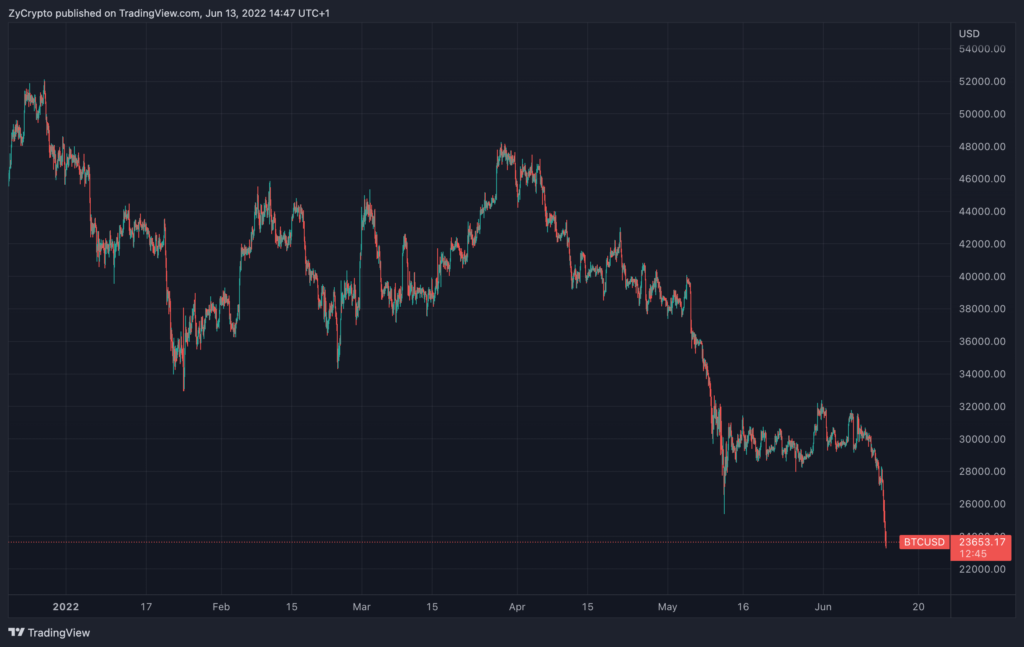 The world’s second-largest crypto, Ethereum, has fared much worse. Despite successfully implementing the Ropsten testnet Merge last week, ETH plunged to $1,213.27 in a violent 16.95% pullback over the past 24 hours.

The total cryptocurrency market cap — the combined value of all cryptocurrencies — dropped over 12.28% for the day, according to CoinMarketCap. In March, this figure stood at about $1.8 trillion. Since the Federal Reserve announced a plan to raise rates earlier this year, the crypto market cap shaved more than $870 from its value. At present, data shows that the total crypto market cap has dipped below the $1 trillion threshold for the first time since January 2021.

While the traditional markets and bearish macroeconomic conditions continue to pin traders’ sentiment, some sector-specific scenarios are also adding to the bearish momentum.

Hours ago, crypto lending service Celsius halted customer withdrawals and transfers between accounts owing to “extreme market conditions”. The news came after speculations that the company is experiencing insolvency problems because of the crypto bear market.

Many analysts believe the bitcoin downtrend is far from over and the coin is yet to find a bottom level.

“Things getting so bad so fast that the 200W SMA for $BTC & $ETH will both be severely tested,” Placeholder founder Chris Burniske summarized:

“$ETH likely breaks it cleanly & heads to bigger psychological test of $1K, $BTC will put up a bigger fight but given the clouds on the horizon hard to see it not toying w/ $20K & below.”

Meanwhile, gold bug and serial crypto critic Peter Schiff has suggested that $2,000 is the only price level that bitcoin will be able to hit and that “$200,000 never happens”.