Disclaimer: The findings of the following article attempt to analyze the emerging patterns in the Bitcoin Cash short-term market and its impact on the price.

The value of Bitcoin Cash has been on a downward trajectory since the news about the OKEx fiasco unraveled. The sudden fall was followed by a gradual descending price which was currently close to the resistance level at $252.50.

As the value of Bitcoin cash began moving in a narrow range the volatility in the market has reduced and the trend has also reversed. 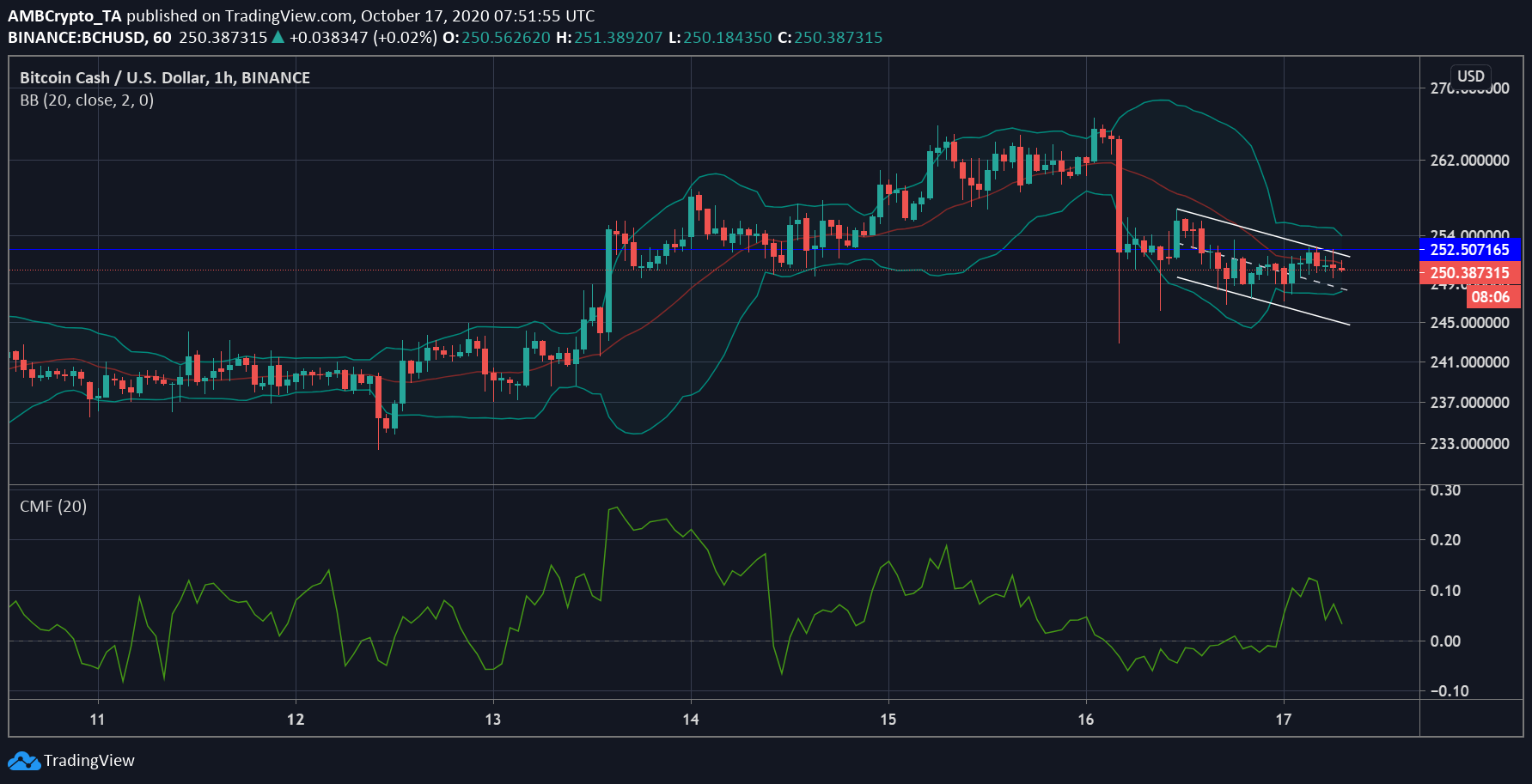 After the drop in price on 16 October, the BCH short-term price was moving along a descending channel making lower highs and lower lows. In the past few hours, the value seems to be stabilizing at $250 but the trend was a bearish one.

The marker line was trending under the candlesticks before the fall noting an upwards boosting price, but the fall changed this price trend. Likewise, the volatility was increased but has now reduced given the convergence of the Bollinger Bands.

Whereas the Chaikin Money Flow Index assumed a positive value which was suggesting at an uptrend in the BCH market. As the short-term pressure escapes the market, the price of BCH may see a further rise and may breach the resistance at $252, which would also confirm a breakout of the descending channel.

The visible range for the given period also noted the point of control to be at $252, which makes it a stronger resistance for BCH to surpass. The price level has been highly traded and by the looks of its, the traders have been actively trading between the $251 and $254 range.

The 50 moving average was noting the change in price trend for the digital asset and may act as a psychological resistance for BCH. The price level to focus on in the short term were its immediate resistance at $252 and support at $249.