Bo Polyn, an analyst at Global Forecast 2020, said that the US and global equity markets are on the verge of an imminent crash, which will translate into widespread adoption of Bitcoin and cryptocurrency.

Bo Polyn said that the crashes of 1929, 1987 and the crash of 2008 had a ‘rising wedge’ formation as well. The markets had a violent sell-off after breaking the bottom band of the wedge, causing a collapse.

The markets of 1929 had a rapid rise in a time frame of just over 600 days,  after which, the prices crossed the bottom band of the wedge and markets crashed by 49%.

Considering these observations, Bo Polyn said, “The quicker the rise, the sharper the drop.” 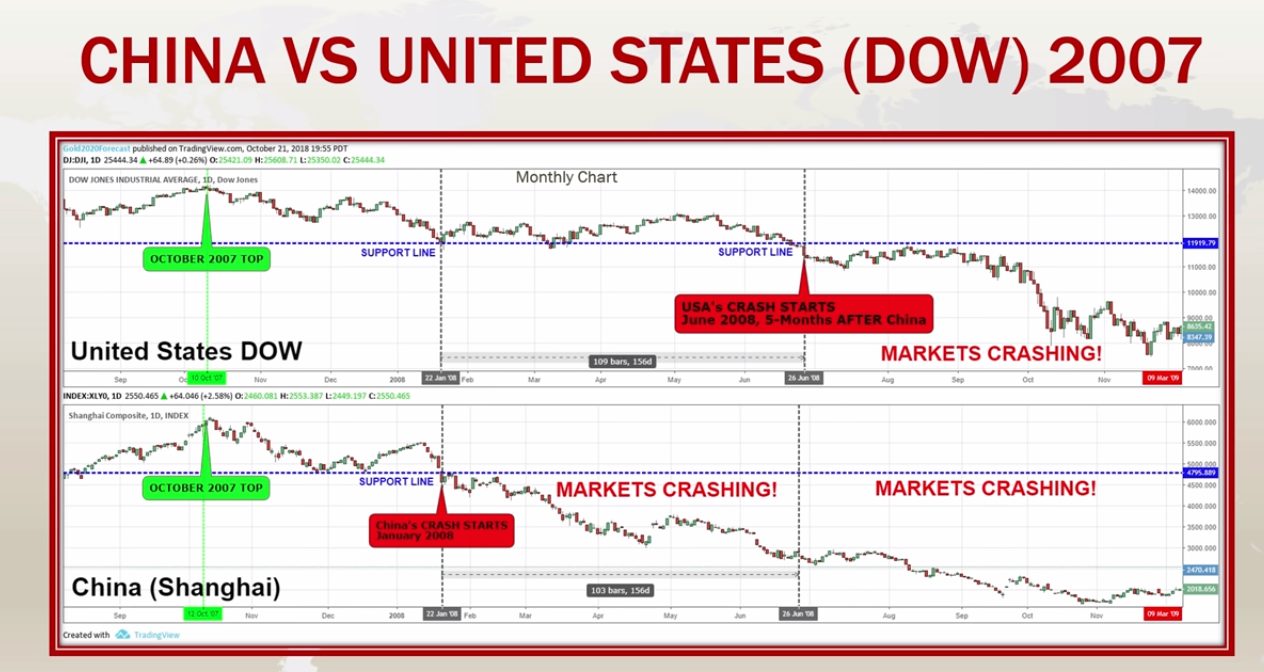 The most important among these is the devastating crash of 2008, which caused a global meltdown of financial markets. In reference to the chart above, Bo Polyn pointed out that the Chinese markets topped in October 2007, and eventually broke support in January 2008. The US markets, however, broke the support five months after the Chinese markets did, and the crash happened in June 2008.

“The five-month spread basically says that, China, historically has led the world market.”

Comparing the pattern to the present-day scenario, Polyn said that the Chinese markets have crossed supports precisely four months ago i.e., July 2018, which means that “the next month, November, the US markets will plunge with China”. 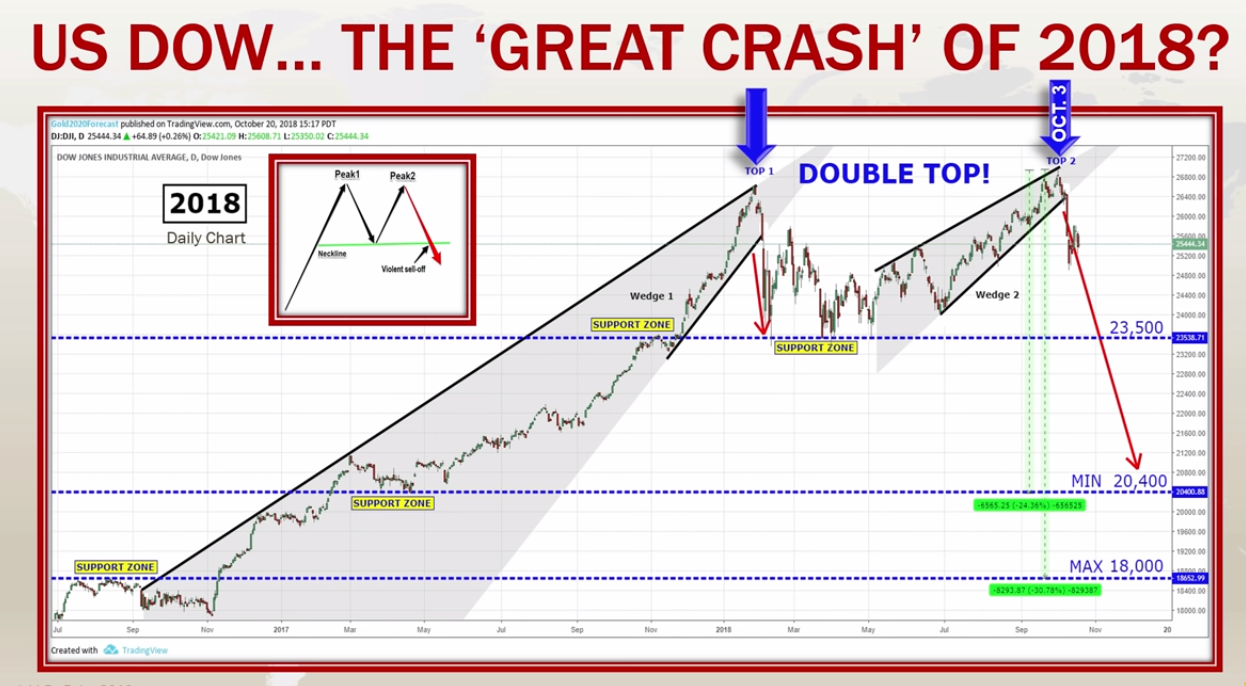 Polyn finally pointed out to the double top formation on the Dow chart, when the US markets topped in January 2018 and successively falling down to the support. This was successively followed by a second top at the same level on October 3, 2018, thus completing a doubled top formation. A crash cycle began and the markets plunged by 1,600 points on the Dow.

“If markets don’t crash hard enough, no one is going to buy Bitcoins. Bitcoin won’t go up until people lose confidence in stock markets or equity markets.”

He says that the Bitcoin is in a “descending wedge” formation, which is the exact opposite of a “rising wedge” that the equity markets are in. The fall of US equity markets will cause a “massive financial shift” and money will flow into Bitcoin and other altcoins like Ethereum [ETH], Litecoin [LTC], XRP and so on, he said.

Another Magical Q2 for Bitcoin Ends in the Green, BTC Up Almost 50%