The past week has been bullish for the crypto-world considering Bitcoin [BTC] breached the $8000 resistance. As the enthusiasm spread, Bitcoin on 26th July dropped back to the below-$8000 cage. Tokens such as Vechain and BNB, however, are surging in double-digits with a 41.56% and 11.08% jump respectively.

VeChain was ranked #18 but due to an increase in its market cap, it jumped to #17 pushing BNB to its previous position. Both the tokens have a very close market cap. 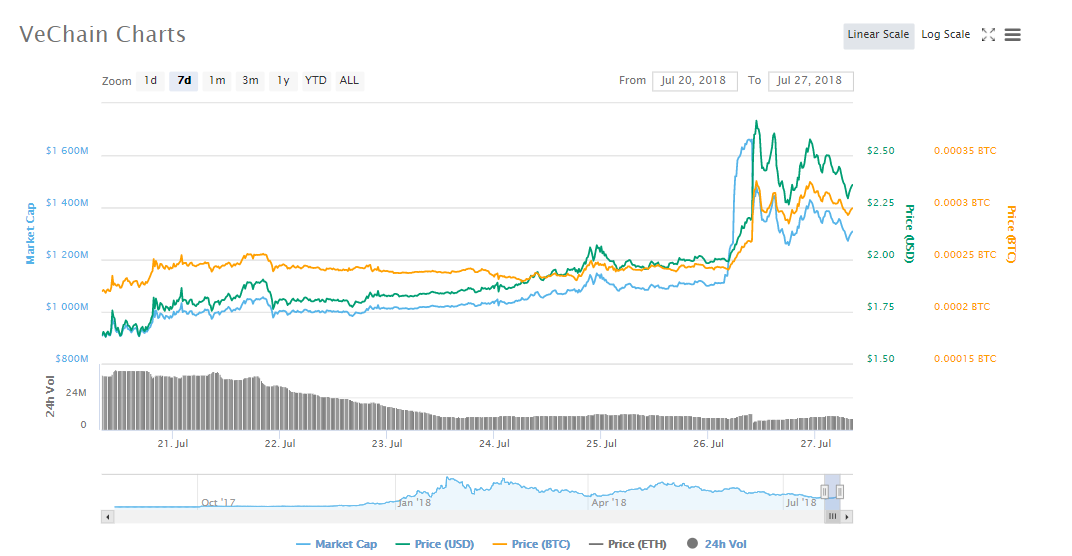 In the 7-day chart of VeChain, as noticed, the token pumped over the week. On 20th July the token started its week with the trading price of $1.64 and escalated to $2.62 on 26th July. The token in a week gained over $500 million as it entered the $1 billion club of market caps.

This week was crucial for VeChain as the coin resumed its trading for the migrated new VET-VTHO tokens on exchanges such as Binance and Huobi.

On 25th July, Binance and VeChain decided to support the distribution of VTHO to VET holders. Binance announced to distribute VTHO on a monthly basis, which will be calculated based on daily snapshots of each user’s VET balance. To commemorate and celebrate the launch of the VeChain Mainnet, VeChain provided 100 million VTHO tokens to be airdropped to all VET Binance users.

According to many in the community, the pumping of VeChain accelerated post these announcements, which led it to be this week’s top double-digit gainer. 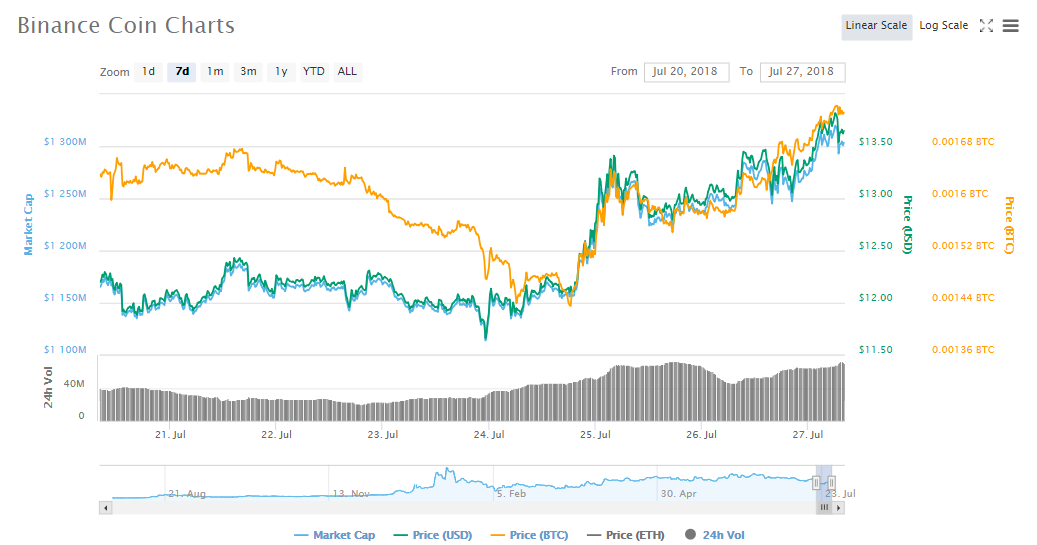 Recently the news of Binance entering the South Korean market was out. It was reported by a local news portal, ‘Korea Business’ but has not been confirmed by Binance as of yet.

The platform recently also included the Korean Language to their website. The CEO of Binance, Changpeng Zhao, spoke about the importance of the South Korean market during the Blockchain Partners Summit in Seoul. As speculated Binance’s potential will be seen in the Korean markets.