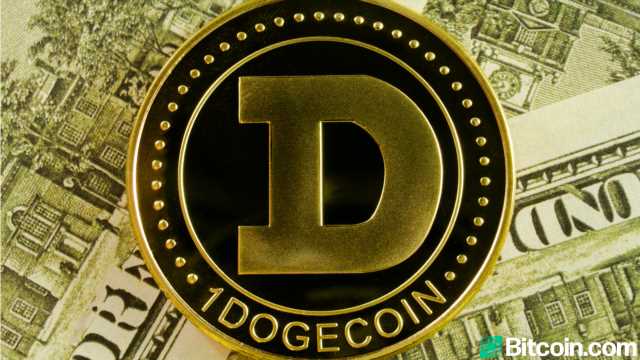 The meme-based crypto asset dogecoin has seen a phenomenal year, capturing a whopping 19,723% against the U.S. dollar during the last 12 months. Dogecoin’s price gains have pushed interest toward the cryptocurrency, quickly making it a recognizable name. A recently published survey from the web portal gamblerspick.com suggests one out of every four Americans “believe dogecoin is the future.”

In mid-April, gamblerspick.com conducted a study with 1,001 American respondents that are “familiar” with cryptocurrencies. The survey team leveraged the Amazon Mechanical Turk survey platform in order to present a series of questions. 45% of respondents had heard of Dogecoin, and roughly 27.6% had invested in it. Another standout statistic shows that 30% of the surveyed individuals “believe that dogecoin was the new bitcoin.”

When it came to considering Elon Musk’s part in the dogecoin hype, most respondents liked what he had to say about DOGE or did not care about his dogecoin opinions.

“Most respondents either approved of or didn’t care when it came to Musk’s Doge-related information,” the survey noted.

More Than Half Invested in Dogecoin to ‘Get Rich’

Toward the end of the survey, Gamblerspick researchers highlighted that roughly one out of every four Americans “believe dogecoin is the future.” 23% of survey participants are confident DOGE will reach $1 per unit this year. 46.4% invested in dogecoin “just for fun,” while 53.6% invested because they saw it as an “opportunity to get rich.” As far as the cryptocurrency ecosystem, in general, Gamblerspick survey respondents believe the “financial industry” will be impacted the most. The financial industry is followed by “retail,” “casino/gambling,” and “cannabis” respectively.

“Most people thought it would be a perk for Amazon to accept Dogecoin as payment,” the Gamblerspick survey notes. “While other stores were considered, 41.1% of respondents said they didn’t really want any stores to accept Dogecoin.”

At the time of writing, dogecoin (DOGE) was down over 4% during the last day and down 25% over the last week. Dogecoin is exchanging hands for $0.47 per coin but is still up 590% during the last month.