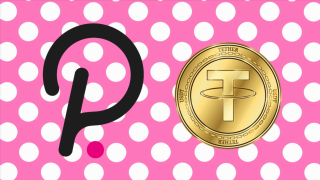 The largest stablecoin by market capitalization will be the first to enter the ecosystem as the Kusama canary network adds support for tether before the eventual deployments to parachains.

With cryptocurrency once again on the ascent and the aggregated market capitalization nearing $2 trillion, tether (USDT) is increasingly playing an outsized role in many of the ecosystem’s activities.

Since emerging as the stablecoin of choice for many participants and applications alike, Tether’s market capitalization has eclipsed $40 billion, underscoring its large footprint, which outstrips any competing stablecoins by a large margin.

Now, as decentralized finance (defi) applications expand new horizons while hunting for more cost-effective and scalable platforms, support for USDT in the Polkadot ecosystem will grant the stablecoin new avenues for growth.

A Partnership to Catalyze Adoption

Polkadot, which is in the process of rolling out its multi-chain network, has developed a reputation as a potent alternative for Ethereum due to its inherent security and scalability delivered through its unique parachains.

USDT compatibility will ensure that the many new and existing defi applications endeavoring to become parachains will have access to a stablecoin needed to facilitate borrowing and lending protocols, yield farming, and more.

At the outset, USDT will join Kusama, Polkadot’s canary network, which serves as a more flexible testing ground and sandbox for new projects to test features with looser governance. Given Tether’s widespread use, this network’s interoperability will help transfer value across the blockchain universe.

While Polkadot does not seek to displace competing blockchains, the inclusion of USDT will make it possible for users and projects to transition between networks smoothly. Above all, tether will ensure greater stability in planned Polkadot defi projects given its low volatility and ability to preserve value. Moreover, its properties make it an excellent liquidity source, which is paramount for running successful defi protocols.

This new development adds value for both Polkadot and tether by fusing stability with scalability and affordability. Together, these two projects are forging a promising relationship that can overcome many pain points currently hamstringing other networks’ growth.

Will we see a rise in tether’s value as a result of this? Let us know what you think in the comments section below.