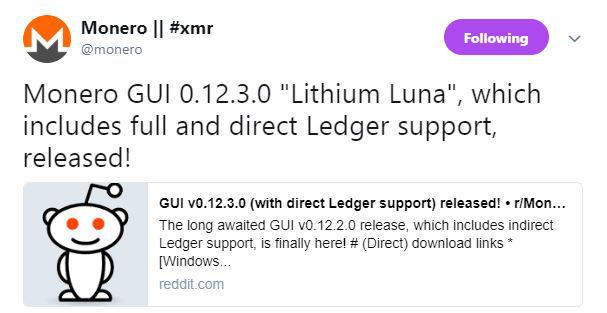 Support for Ledger was continued in Monero’s next GUI v0.12.3.0 version. Introducing the Ledger support for Monero came with a privacy feature.

Gnu Privacy Guard [GPG] is a complete and free implementation of the OpenPGP, an email encryption program. GPG allows a user to encrypt and sign their data. GPG also features a versatile key management system and helps in accessing modules for all types of public key directories. Fluffypony’s GPG key requires less amount of data to facilitate transactions.

The new release of GUI v0.12.3.0 included a summary of recent updates. The time-out-issue was fixed which indicated that the server did not receive a complete request from the client within its allotted timeout period. It had an inclusion of a new language. The new release fixed many bugs like: