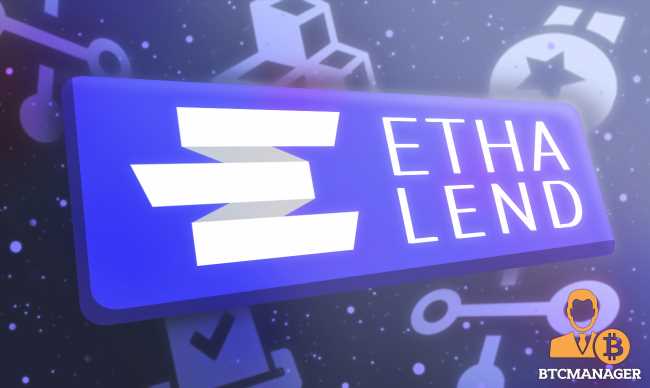 ETHA Lend, an interoperable yield optimizer that extracts the complexity in DeFi to provide algorithmically optimal yields, has announced the launch of its Mainnet on Polygon on July 15th, 2021!

The protocol’s Mainnet launch is a highly anticipated event for the yield optimizer’s fast-growing user base. ETHA Lend’s core principles – sustainability, agility, quality, trust, and community. The protocol’s roadmap is guided by these principles featuring an economic model that aligns well with the community’s prosperity.

The Mainnet will launch along with a suite of DeFi features focused on optimal and sustainable yields.

Here are some of the most exciting features of the protocol, in a nutshell:

ETHA Smart wallet is a hybrid non-custodial tool that allows users to perform multiple transactions at once, using several different assets. Here is an example that throws more light on the feature:

So, suppose a user wishes to invest in DAI yield optimization, but they do not have enough of one asset in their wallet. Instead, they have a mix of different assets – a little bit of BTC and a little bit of ETH. Now instead of manually swapping ETH to DAI and BTC to DAI one at a time, the user simply inserts both assets at once, and the ETHA Smart wallet will execute both these transactions at once!

This feature of the smart wallet saves time, enhances efficiency, and reduces the impact of redundancies for the end-user. Although the protocol’s Mainnet launches on Polygon, where the gas fee is near zero, there is not much concern around that as such. However, it is to be kept in mind that the transaction batching feature does help in gas savings down the line, coupled with the fact that users do not have to pay for authentication or approval fees when they interact with protocols or dApps they have not interacted with before.

Wallet delegation is another accessibility enhancing feature of the ETHA Smart Wallet.

ETHA Lend’s eVaults come as a relief for users hungry for yield-bearing yet low slippage mechanisms. The two initial eVaults that roll out with the Mainnet are based on the Curve and QuickSwap model, allowing users to easily enter and exit the protocol’s stable asset yield-bearing strategy without much hassle. In these two initial eVaults, users can deposit stable assets such as DAI, USDT, USDC to receive rewards in volatile assets, including ETH, BTC, and ETHA tokens.

This vault strategy reduces the need for much speculation and fear of market volatility, especially for new users who do not have a high-risk appetite. The eVaults are a strong representation of ETHA Lend’s vision to make DeFi inclusive for all user and asset classes.

ETHA Lend’s lending market comes with an innovative supply rate model that reduces the impact of short-term volatility on the discovery algorithm. Short-term volatility haunts many DeFi lenders as it tends to fluctuate wildly. This volatility often dampens the prospects of lenders over time. ETHA Lend is reviving the great potential of DeFi Lending with its consolidated models, which allows lenders to have a more predictable experience. In a nutshell, the protocol factors in users on algorithms and data to calculate the more sustainable and lucrative asset allocation.

And last but not least is the 700X faster discovery algorithm.

This discovery algorithm forms the basis of the protocol. The ETHA Lend team has managed to optimize their algorithm to calculate asset allocation for a supply as large as a million USD in under a second. Moreover, since the basic framework of the protocol is reactive to parameters, it automatically rebalances the users’ portfolio each time there is an opportunity for higher yields.

Embarking on a sustainable future for all DeFi users

Until now, users have been haunted by the huge barriers to entry costs, unpredictably low yields, high gas fees, complex executions, and more. ETHA Lend takes out all these hauntings away in one sweep from the DeFi yield market. It isn’t hard to appreciate the protocol’s ventures in exploring new strategies and contributing to a faster progression of DeFi and its participants, both newbies and elites. The Mainnet launches on July 15th, we are very close to witnessing the emergence of the next big DeFi breakthrough.

14/07/2021 Altcoins Comments Off on ETHA Lend DeFi Yield Optimizer Announces Mainnet Launch Along With a Smart Wallet, eVaults, and Many Other Features!
Markets