On 27th July, One of Europe’s most prominent digital currency platforms announced the listing of EOS. EOS is a cryptocurrency token that claims to function as a smart contract platform for the distribution of decentralized applications and a decentralized autonomous corporation. 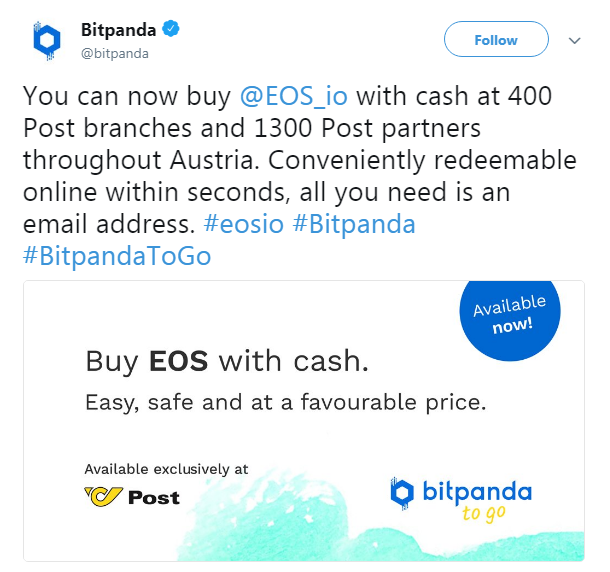 According to the announcement made on Bitpanda’s official Twitter handle, users can now buy EOS tokens with cash at 400 Austrian post office branches as well at 1300 Austrian post partners across Austria.

The only requirement for users is to possess an Email ID. Bitpanda assures users that the exchange is conveniently redeemable online within a matter of seconds.

Prior to the listing announcement, Bitpanda also announced its support of ERC20 tokens on their official Medium blog. 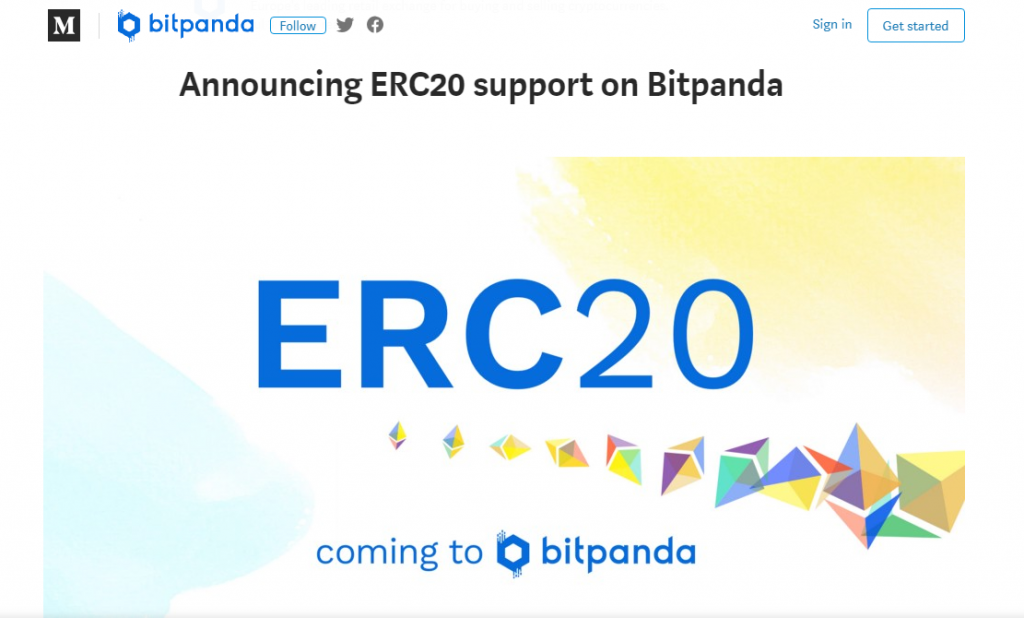 Bitpanda’s announcement of their support of ERC20 || Source: Bitpanda Medium

“ERC20 support on Bitpanda means that we will be able to quickly integrate tokens running on the Ethereum blockchain. The range of tokens supporting this standard is very wide and includes some of the most interesting projects in the crypto space.”

The team also mentioned that the ERC2O support is a crucial step for the exchange platform as their goal is to bolster the industry by offering maximum buy and sell options for as many cryptocurrencies as possible.

The team concluded by saying:

“As soon as ERC20 support is implemented, we will start adding Ethereum based tokens. The first batch of ERC20 tokens coming to Bitpanda will include 0x [ZRX], Augur [REP] and OmiseGo [OMG].”