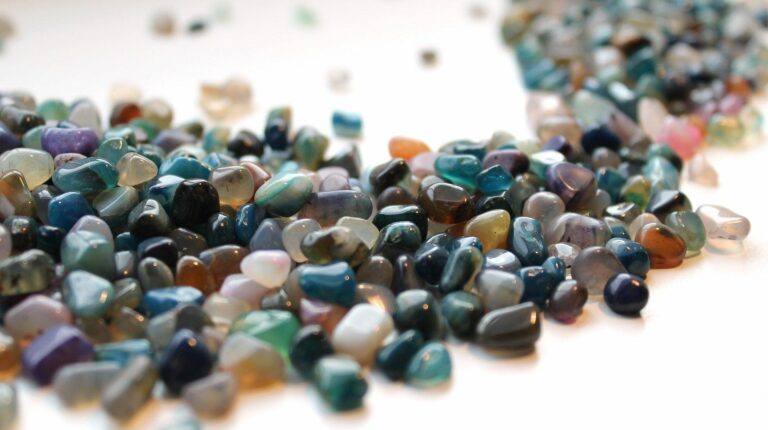 Arnold made his comments in a video released on Altcoin Daily’s YouTube channel on November 17. Although in that video, Arnold talked about nine altcoins, in this article we focus on five of these: Crypto.com ($CRO), Injective Protocol (INJ), The Sandbox ($SAND), Binance Coin ($BNB), and Chainlink ($LINK).

Earlier this week, Singapore-based centralized exchange Crypto.com signed another huge sponsorship deal, as the result of which the iconic sports area in downtown Los Angeles that is currently known as “Staples Center” will be renamed to “Crypto.com Arena”.

On Wednesday (November 17), Stapes Center issued a press release to announce that Cypto.com and AEG had signed “a historic, 20-year naming rights agreement” that renames Staples Center to Crypto.com Arena on December 25 and makes Crypto.com an official cryptocurrency platform partner of the Los Angeles Lakers and the LA Kings.

The press release went on to say that “AEG and Crypto.com will unveil the new logo and other branding assets including internal arena signage of the newly named Crypto.com Arena on Christmas Day, when the Los Angeles Lakers host the Brooklyn Nets. All of the venue’s external signage will be replaced by June 2022.”

“The naming rights deal is one of the biggest in sports history, and they have the rights to this for 20 years. It is undeniable the reach that Crypto.com is gaining in America and around the world. It is crazy watching Crypto.com execute a $1 billion dollar sports marketing campaign.”

The Injective team say that this is “the first fully decentralized cross-chain derivatives exchange protocol” and that the following are the benefits of using Injective Protocol:

“Injective Protocol has announced the launch of its mainnet. To accompany [this], Injective is also releasing a $120 million program to incentivize liquidity provisioning and trading. They’re incentivizing people to use their platform. The program will allocate the funds to market makers and traders who utilize the protocol based on their activity.“

Here is how Binance Research described Ethereum-powered virtual world The Sandbox back in August 2020:

“The Sandbox is a virtual world built on the Ethereum blockchain, where players can build, own, and monetize their gaming experiences… The SAND token is an ERC-20 utility token that is used for value transfers as well as staking and governance… Players can create digital assets in the form of Non-Fungible Tokens (NFTs), upload them to the marketplace, and integrate into games with Game Maker.“

On November 2, The Sandbox announced that it had managed to raise $93 million in its latest funding round, which was led by SoftBank Group’s second venture capital fund, Vision Fund 2.

Arnold believes that the upcoming launch of the multi-week Play-to-Earn event “The Sandbox Alpha” is a “really big deal”:

“Huge update: Sandbox Metaverse Alpha to launch on November 29th after four years in development. Animoca Brands’ virtual property and gaming firm The Sandbox is opening up part of its metaverse to players for the first time via a multi-week play-to-earn [P2E] Alpha event.

“The Sandbox virtual gaming world enables users to monetize their time spent in the metaverse via a play-to-earn model. The players can purchase land and create non-fungible tokens (NFTs) within the game and earn Sandbox tokens (SAND) by completing various quests. They can also stake their tokens into a variety of other things.

“Again, they’re launching the Alpha, then soon Beta, and then soon the full-fledged launch. This is four years in development. This is a really big deal.“

In this segment of the video, Arnold was focusing on the competition that Binance Smart Chain (BSC) presents to Ethereum.

According to Binance Academy, BSC is “best described as a blockchain that runs in parallel to the Binance Chain”. In contrast to Binance Chain, “BSC boasts smart contract functionality and compatibility with the Ethereum Virtual Machine (EVM)”. BSC’s main design goal was “to leave the high throughput of Binance Chain intact while introducing smart contracts into its ecosystem”.

“Binance Smart Chain achieves ~3 second block times with a Proof-of-Stake consensus algorithm. Specifically, it uses something called Proof of Staked Authority (or PoSA), where participants stake BNB to become validators. If they propose a valid block, they’ll receive transaction fees from the transactions included in it.

“Note that, unlike many protocols, there is no block subsidy of freshly-minted BNB, as BNB is not inflationary. On the contrary, the supply of BNB decreases over time, as the Binance team regularly conducts coin burns.”

“Chainlink is a blockchain-based decentralized oracle network that allows smart contracts to connect to external data sources. These can include APIs, internal systems, or other types of external data feeds. LINK is an ERC-20 token that’s used to pay for this oracle service on the network.“

Arnold had this to say about Chainlink:

Photo by user “FlitsArt” via Pixabay.com