Before starting this article, I would like to give a few words of empathy to all of the investors, small and large alike, for their loss with BitConnect. We all know what the end result was (a market crash of over 80%), but we don’t know the real reasons why.

Here are some potential theories about what led to BitConnect’s market crash. None of this is confirmed, but we’ll explore possible reasons and scenarios for you to build your own picture. 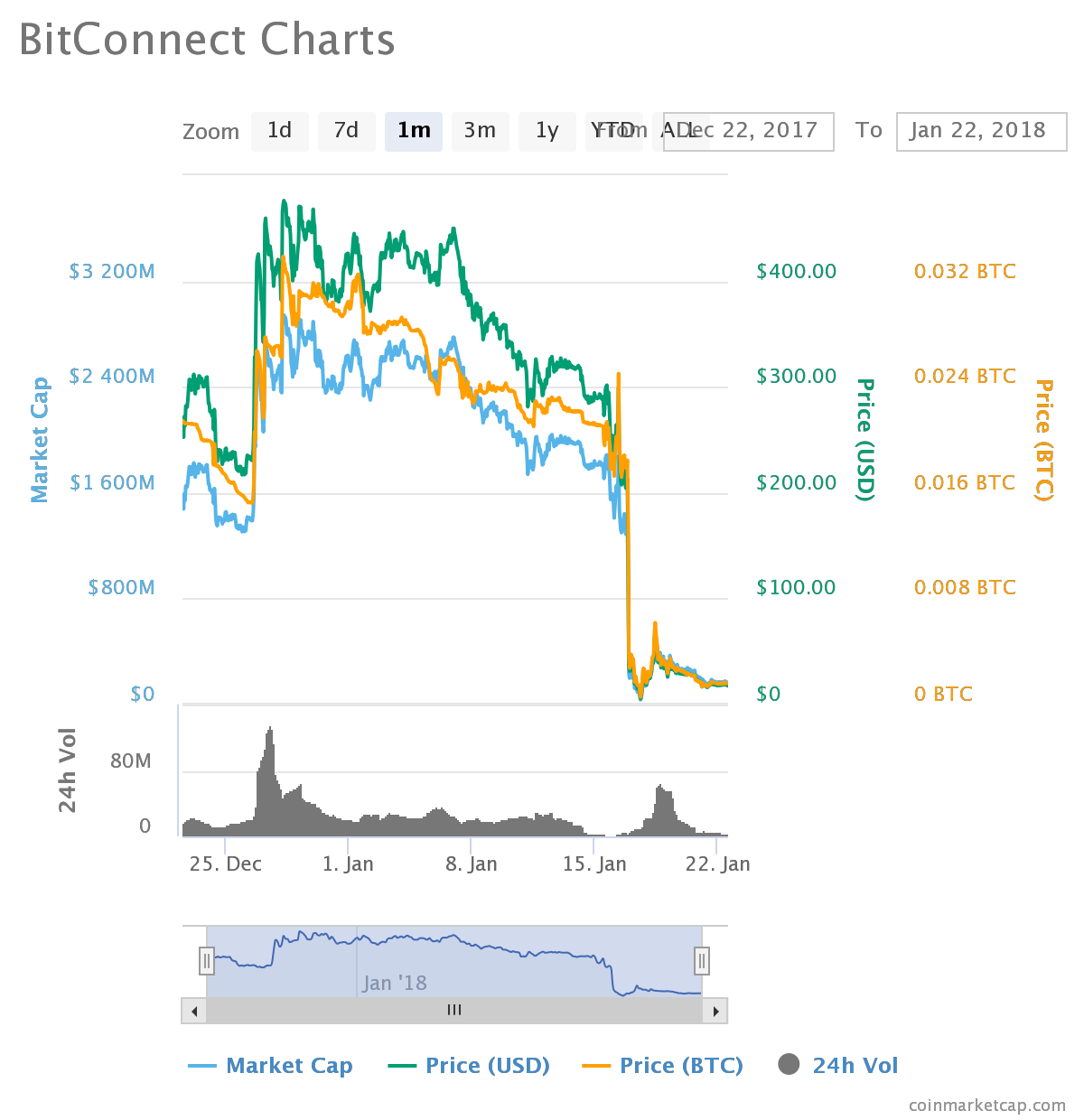 It all started with the announcement that BitConnect is going to shut down their lending and exchange platforms, a statement that shook investors to the core and caused the value of the tokens to plummet with insane speeds. 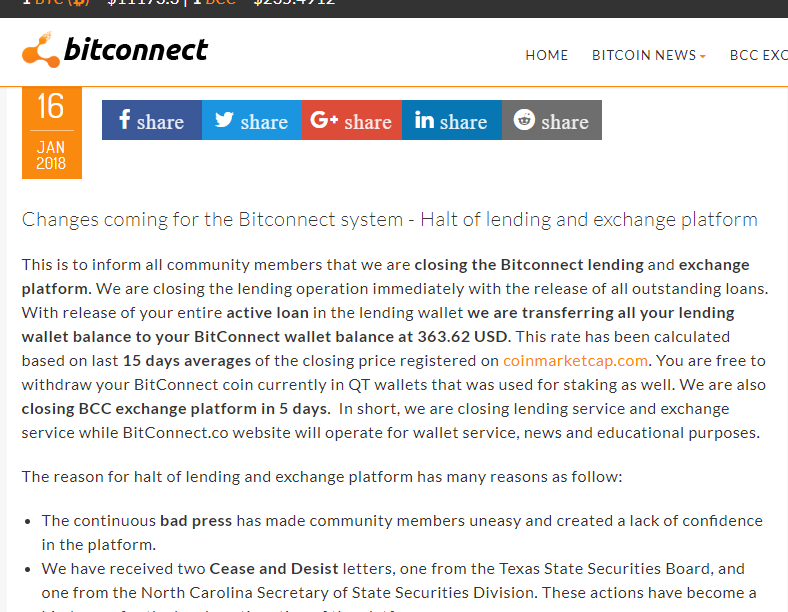 The first possibility and the one you expected the most is this one: BitConnect was a Ponzi scheme that “borrowed” millions of dollars worth of Bitcoin from its users. 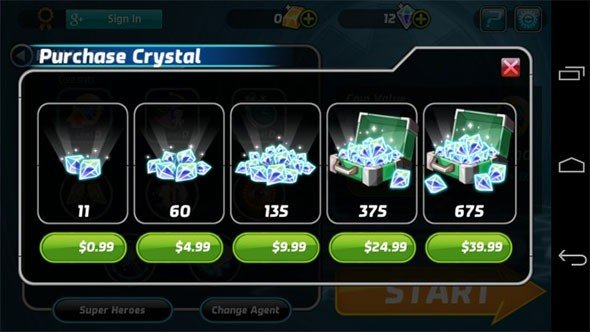 By creating their own token BCC, BitConnect successfully pulled off what video game developers have been doing for quite some time now. Devaluation, i.e. exchange of real value for fictional value. Except when looking at the case of BitConnect it was not a question of transferring dollars into “Crystals”, but rather a promising cryptocurrency that people were supposed to use to generate value and revenue for themselves.

Sadly it didn’t work out that way, but we cannot say that investors weren’t warned. Many notable developers have spoken against BitConnect, and they could see this coming months ago. Michael Novogratz, an ex-hedge fund manager commented on twitter:

(Unfortunately, the video has been removed since, so we have no idea what Vitalik actually is saying, but we can clearly see that it’s a direct comment to the tweet above.)

And Charlie Lee (the creator of Litecoin) commented the following:

I've been asked what I think about BitConnect. From the surface, seems like a classic ponzi scheme. I wouldn't invest in it and wouldn't recommend anyone else to.

Additionally, people were blasting BitConnect on all other kinds of social media, including reddit, right after the crash, saying that this was expected, as it was obvious that BitConnect was a Ponzi Scheme.

Since we don’t know the full truth, we can assume certain scenarios for making theories:

While plausible in theory, this scenario is very unlikely. As people we love consistency, we love a congruent story, and Bitconnect’s story is far from harmonic. In their announcement, they are saying that they are closing both their lending and exchange platforms. After the market reacts very negatively to this piece of news and the price drops, they come back stating that the exchange platform will continue to operate.

This does not bode well to keep people convinced that BitConnect is a legitimate company that actually cares.

I was going to make up more theories. I was going to try and conceptualize a scenario where BitConnect is not a scam or a Ponzi scheme, but this would be so far away from the truth. Analyzing their website makes it pretty obvious that something isn’t right, especially with the huge promises. Even their ICO was a huge money grab, with only 17% of the total tokens being released for use.

There are just so many fishy details concerning BitConnect, but maybe it is easy to say this in retrospective. With all due respect to people that lost their investments, and also people claiming to have lost entire life savings in this crash.

Keep a diversified portfolio of various cryptocurrencies, exchanges, and wallets. Don’t put all of your eggs in a single basket. It might make things complicated for you, but it will keep you safe and minimize the risk of losing everything you have in this volatile marketplace.

When there is nobody to protect your interests, and you are transformed into a victim of circumstance there are not a lot of things that you can hear that will make you feel better. Use this event and mishap to your advantage, and learn through the pain of losing.