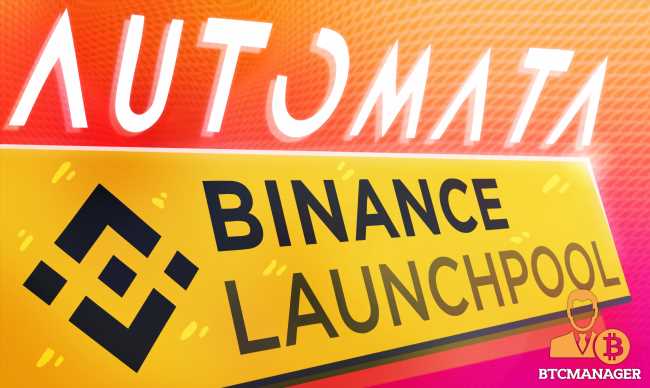 The Automata Network (ATA) has raised $2.4 million in a funding round involving leading crypto funds, including KR1, Jump Trading, and IOSG Ventures. It will also be the 28th project to launch on the Binance Launchpool, an update on June 3 reveals.

Protocols operating on public ledgers, including Ethereum and Polkadot, are transparent. Their operations can be monitored, and even the identities of transactors decoded.

The ATA Network is a decentralized protocol that guarantees the privacy of dApps, preventing front-running for DEXes and seamless computation in Layer-2 and cross-chain transactions.

It provides privacy middleware for dApps running on Ethereum and Polkadot.

Commenting, Jocy Lin, the founding partner at IOSG Ventures, highlighted the need for privacy in dApps, and how Automata stands to be a market leader in the space:

“It is quickly becoming clear how important privacy is for every decentralized application building on the Web3 stack, and there is no doubt in our mind that Automata is emerging as a market leader in the space. With each use case that the team has rolled out in succession, we’ve been immediately impressed with both the eloquence and simplicity of their solutions.”

The Automata Network will also debut and distribute their tokens via the Binance Pool from June 2.

Notably, there are no staking limits, and users aren’t required to divulge their details via KYC.

In total, there are 1 billion ADA tokens. However, the project plans to distribute 40 million ATA tokens from Launchpool. Most tokens, 28 million ATA, will be distributed to BNB holders. At the same time, 8 million ATA will be set aside for DOT stakers. The remainder, 4 million ATA, is for BUSD holders.

Once ATA begins trading, there will be 172,252,000 ATA as the initial circulating supply.

The APY will be updated in real-time. Also, hourly snapshots to check holder and pool balances will be done. Unlike other staking arrangements, users, at any time, are free to unstake and claim ATA tokens. All claimed tokens would be distributed at the end of the farming period.

Leveraging the Vast Binance Ecosystem for Liquidity and Marketing

According to Deli Gong, the Co-founder of the Automata Network, their choice of the Binance Launchpool is to reach a wider audience.

They also wanted to introduce flexibility and improve the liquidity for their growing community.

“We see the listing on Binance Launchpool as a great way to reach out to a broader audience while creating greater flexibility and liquidity for our growing community. As a market leader with strong synergies in the space, we appreciate the team’s consistent execution and look forward to working closely together with Binance in the upcoming days.”

The Automata Network is part of the Berkeley Blockchain Xcelerator 2021 and a Web3 Foundation grants program recipient.